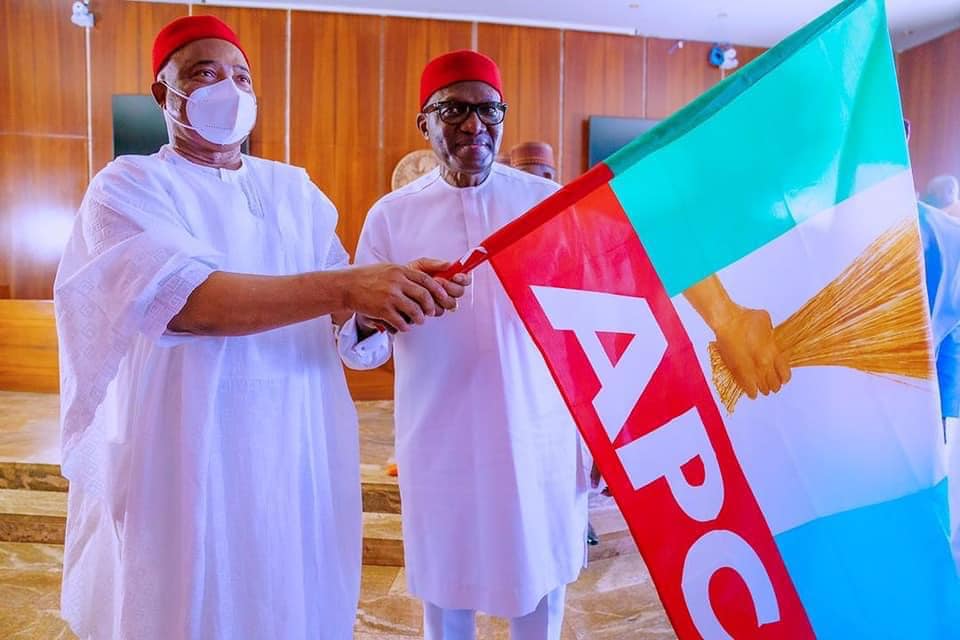 A chieftain of the All Progressive Congress, APC in Imo State, Hon Obed Anyadike, has advised chieftains of the party to learn from the party’s failure in the just concluded Anambra state governorship election.

The APC candidate in the Anambra  guber polls, Senator Andy Uba had placed a distant third in the election, which was won by the candidate of the All Progressive Grand Alliance, APGA, Charles Soludo.

Anyadike said the APC failed because its governorship candidate, Andy Uba and those marketing him, were not acceptable to the people of the State.

He said “the Anambra State governorship election should serve as an eye opener to Governor Hope Uzodimma, those who profess loyalty to him and the entire stakeholders of the party in Imo State.

He said “Governor Uzodimma led the All Progressive Congress, APC and was in charge of the campaign for Andy Uba, the party’s governorship candidate in the Anambra governorship election. Uba’s distant third position in the poll really diminished  Uzodimma’s much trumpeted magic wand to change the political narrative in Anambra State, a state, APGA has fortified its taproot.

“Without sounding immodest, those who appointed Uzodimma to lead the APC in Anambra State committed a political blunder. He lacked the wherewithal to woo the people of Anambra State to embrace the ruling party at this time

“The circumstances which catapulted him as governor in Imo State is already bad news for the party. Anambra is not Imo State and that slogan killed off any chances for Andy Uba and the APC to smile to victory in Anambra State” he noted

He added that “Senator Andy Uba’s political baggage was also another factor which worsened the chances of the APC in the guber election. Uba, in the eyes of the Anambra electorate, is already a loser, considering several unsavoury events around him.

“Uzodimma and Uba are like Siamese twins. They are bound by sordid events of the past which still linger in the memory of the people of Anambra State.

“And because of these factors, key leaders of the party in the South East, shied away from Uba during electioneering. The APC went into the governorship election in Anambra State a divided house. And a divided house is bound to crumble” Anyadike said

He said “the APC in Imo State and other States in the South East, must endeavour to learn from the party’s mistakes in Anambra State and go back to the drawing board, in order not to be swept off its feet in the next political dispensation”

“We must reassess the perception of the APC, particularly in Imo State. Have we done enough to earn the confidence of the people to be re- elected in 2023. Or we going to rely on political braggadocio to win elections?” he asked.

innonews - March 17, 2022 0
There was drama at the inauguration of Prof Charles Soludo as Anambra State Governor, on Thursday at Awka, when wife of the...

innonews - April 12, 2020 0
BY RALPH EJIMKONYE When the Supreme Court sacked Emeka Ihedioha of the Peoples Democratic Party, PDP as Governor...