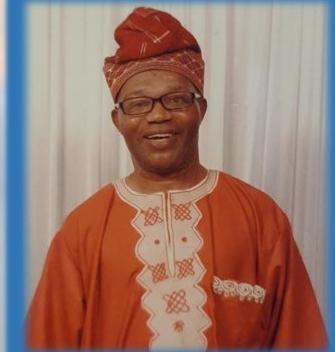 According to a release issued by the family, it stated that Rt. Rev. Emenaha who was a native of Umugba, Nkume in Njaba Local Government of Imo State died in September 2021.

It further stated that Bishop Emeaha was born 78 years ago into the family of Mr. Sabastian and Mrs Cecilia Emenaha both of blessed memory of Umugba, Nkume.

The release pointed out that the Bishop had a stint with Nigeria National Petroleum Commission (NNPC) before he proceeded to the USA for further studies, while in America given his passion for things of God and his divine calling  he founded the Blessed Assurance Church, Houston Texas which he shepherd till his demise in Sept, 2021.

Bishop Emenaha who was a notable Philanthropist established Umugba charity Organization which he used to reach out to indigent widows in Africa.

The man of God is Survived by his beloved wife of 44 years (forty four) Dr Mrs Ifenyinwa Emenaha and the marriage is blessed with five lovely children, Chiamada, Adachi, Uchenna, Ugochi and Chinasa and five grand children.

Burial arrangements will be announced by the family in due course.

Njemanze Reveals Where Human Intelligence Is Located In The Brain

innonews - October 30, 2021 0
Senior Advocates of Nigeria, SANS of South East extraction, have condemned in strong terms, the unlawful raid on...

Presidency Explains Why Presidential Jet Remains With Buhari In London

innonews - June 29, 2017 0
The Presidency has said why the Presidential jet has remained in London with President Muhammadu Buhari while he undergoes medical treatment. A statement by the...