Home Viewpoint Circulation Of Dangerous Cooking Gas As An Alternate To The Steady Increase... 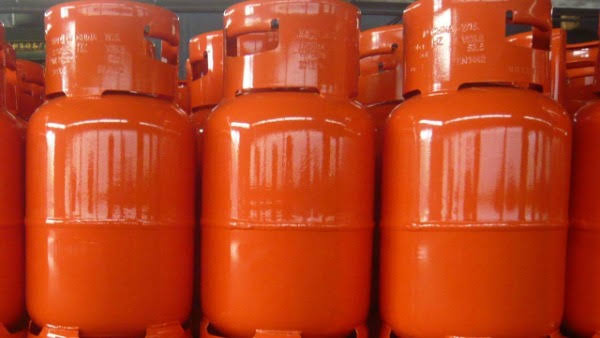 From the South- East, South-South, South-West, North Central and core North; life has been practically hellish and miserable!

Nigerians are going through the most turbulent era in our corporate existence as a nation. No doubt, we are individually and collectively wading through avoidable excruciating experience to the extent that even the ‘rich also cry ‘ except those who choose to live in deceits and self denials – suffering and smiling.

Under the present Muhammadu Buhari’s APC led Administration, Nigerians are faced with hydra-headed national challenges on all fronts: security impasse, extreme poverty, hyperinflation, high cost of food and essential consumables, lack of trust in government and its institutions at all levels, and worst still, there is no hope in sight and clearly defined solutions; way out of these challenges starring and daring us in the face.

However, as life has sustainably become so diffcult in Nigeria, the steady increase in prices of essentials is also quite frightening as people may not have any choice than to adjust and cut down their families recurring or daily budget for immediate survival.

Ironically, one of such essential goods that most families and home users may find so diffcult to cut down is the use of gas despite its steady increase in prices over the past few weeks and months. As a result, opportunist black marketers and mischievous importers have resorted to the sale of adultered gasoline inorder to create affordable alternate for the unsuspecting final consumers who are complaining about the steady increase of gas prices; from N4000, N4500, N5000, N5500, N6000, N7000, N75000 , N8000, N8500 to now N9000 in some places of 12.5kg.

Judging from the above background, I therefore, adopt an interventionist approach as to raise alarm on the growing concern over the circulation of substandard cooking gas in the country which calls for immediate investigation and action to avert fires in Nigerian homes.

May I also alert the nation to this development that the market is already flooded with cooking gas believed to be dangerous. It is suspected that the gas in question contains a higher proportion of propane, a highly explosive substance considered unsuitable to Nigeria ‘s tropical climate.

The pressure of the alleged imported gas, we learnt , is said to be four times higher than the locally produced cooking gas which contains butane ( a gas that is obtained from Petrolume and is used as fuel ) , a less dangerous substance. The gas is reportedly imported from Niger Republic and it is believed to be cheaper than the one produced locally, and the one imported through the regular traditional channels.

To this end, it is therefore incumbent on the SON- Standard Organisation of Nigeria, and DPR – Department of Petroleum Resources to investigate this report and stop the importation of the cooking gas forthwith.

The complaints trailing the circulation of dangerous cooking gas has also exposed the inefficiency of those manning our land borders.

This disturbing incidence and related activities in our borders should serve as a big challenge to the Nigerian Customs Service, as the welfare of Nigerians is more important than any supposed advantage of the cheaper gas. Of course, for pecuniary gains.

Sadly enough, Nigeria with surplus natural gas and projected 600 billion cubic feet of gas reserves, out of which an amount estimated to cost about $3billion is flared every three months, is still importing cooking gas. What a shame of a nation ?

The arguments in some Quaters , especially, among the experts and analysts in the Oil & Gas Industry, who are of the opinion that the imported cooking gas from Niger Republic and neighbouring African countries will help crash the prices of gas in our local market is, to say the least , lame and an open invitation to disorder ; a big threat to life.

Businesses are run to make profit, quiet agreed! But profit margin should not take the place of safety of millions of Nigerian consumers. While experts have repeatedly cautioned that most of the cylinders used in Nigeria are not designed to store high level of propane yet, the advice is not heeded.

To this end, we are calling on the relevant government agencies , especially DPR and SON, to embark on Public Enlightenment Campaign on the dangers of using substandard cooking gas. Such campaign and awareness should be carried out using different media organisations and languages to identify the dangerous cooking gas.

It is also important to proactively fish out those behind the importation and punish them accordingly to deter other intending importers of the product.

May God help us 🙏

innonews - March 11, 2019 0
It was drama at the INEC Collation, Owerri as the announcement of results ended abruptly.

innonews - February 23, 2018 0
The Surveillance Unit of the Criminal Investigation and Intelligence Department of the Imo State Police Command has arrested two of a three man armed...

innonews - October 20, 2017 0
The Imo State House of Assembly have vowed never to impeach Governor Rochas Okorocha. This was disclosed by the Speaker, Rt Hon.Acho Ihim while speaking...