Home HARVEST EDITORIAL:Imo House Of Assembly: 3 Speakers In 22 Months: A Case Of... 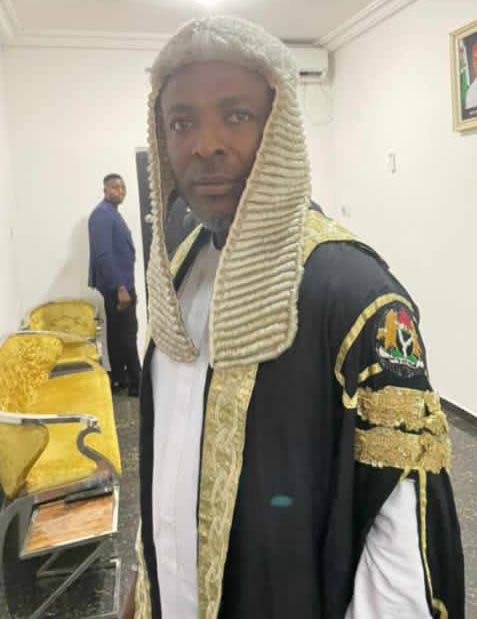 In 22 Months, the Imo State House of Assembly has elected or selected three Speakers.

This shows that the House is either in disarray or inflicted by the bug of instability.

It is a House where suspicion, distrust reign supreme among members with little or no attention given to the task of legislation.

It gives credence to the perception that current Imo State House of Assembly has become aprons of the Executive Arm of government.

It is instructive to note that the constant change of Speakers of the State Assembly has occurred more frequently during the tenure of Governor Hope Uzodimma.

Findings reveal that the impeachments of Chiji Collins and Paul Emeziem, all have the finger prints of the Executives, which in a bid to gain control of the State legislature, arm twist members in a veiled desperation to gain control.

This is unacceptable and undermines the independence of the State legislature, as guaranteed by the Constitution of the Federal Republic of Nigeria.

The House members should forthwith, resist further undue external interference and focus on the task of legislation, which remains the primary purpose they were elected.

Constant resort to impeachment, back stabbing, either influenced or self inflicted, remains a major distraction and erodes it’s assigned responsibility as true and genuine Representatives of the people.

INNONEWS strongly call for the full implementation of financial autonomy for the State legislature which will truly divorce the legislature from the grip of the Executives.

Members of the State Assembly owe the good people of the State, people’s driven legislative actions and not resort to legislative jangolova, which makes mockery of its status as an independent arm of government.

Constant impeachments in the House is not the beauty of democracy. It is rather an indication of a House of Assembly enmeshed in perennial conflict, which portray members as unserious bunch oblivious of their assigned responsibilities.

We expect a stable House of Assembly led by Hon Barr Kennedy Ibe, and call on him to urgently stabilize the House and truly assert its independence.

“Members of the State Assembly owe the good people of the State, people’s driven legislative actions and not resort to legislative jangolova, which makes mockery of its status as an independent arm of government”

Buhari Reacts To Defection Of APC Senators To PDP

innonews - July 24, 2018 0
President Muhammadu Buhari has reacted to the defection of senators of the Peoples Democratic Party, PDP Buhari in a statement signed by Special Adviser on...

Why We Beat Manchester United- Conte

innonews - November 6, 2017 0
Chelsea manager, Antonio Conte has said the strength of his team and the passion by his players to win contributed significantly to his side's...

innonews - October 21, 2019 0
Political leaders and elites in Imo State are entangled in a rat race over who heads the pan Igbo socio political...