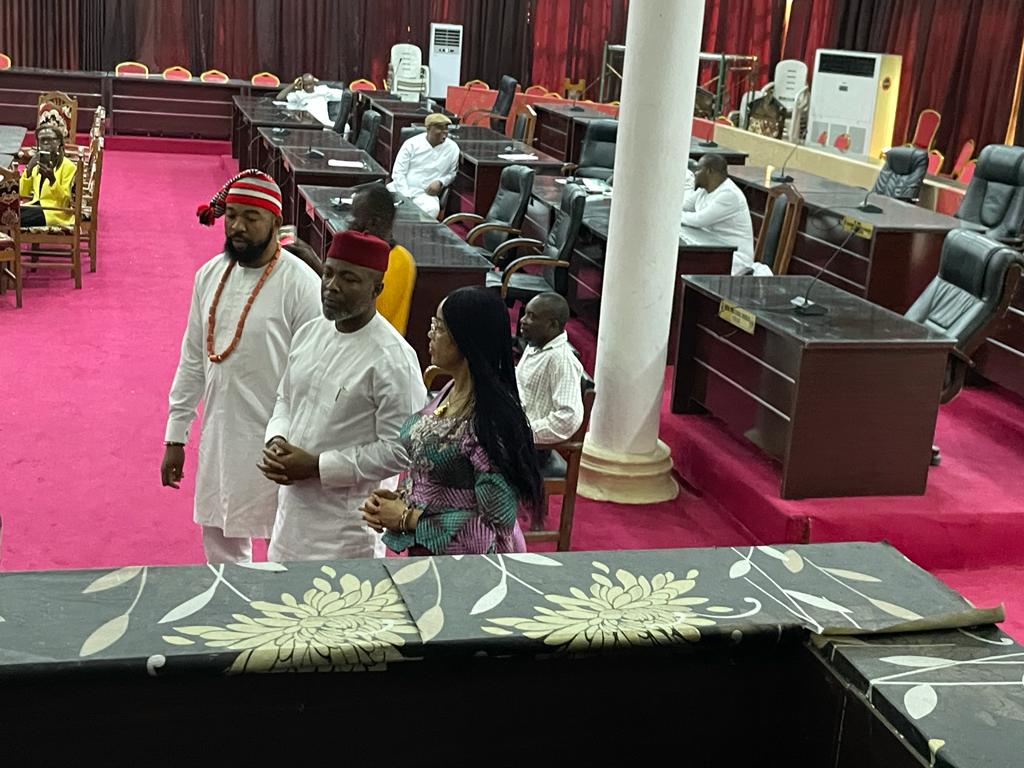 19 members of the Imo State House of Assemby gave their consent for the sack of the Speaker, Rt Hon Paul Emeziem, fresh findings by INNONEWS show.

This was a dramatic twist after 18 members had aligned with the ersthwhile Speaker, Emeziem, to remove Amara Iwuanyanwu as the Deputy Speaker of the House last week.

This newspaper had reported that initially six members of the House stormed the Assembly premises on Monday with stern looking security operatives where they initiated proceedings to sack the Speaker.

A new Speaker, Kennedy Ibe, a two term member who represents Obowo State Constituency, was named the new Speaker of the State House of Assembly

The Speaker, Paul Emeziem, who later got wind of impeachment moves against him was denied access into the premises of the House.

The motion for the impeachment of Emeziem was sponsored by Hon.Chigozie Nwaneri for acts bordering on “forgery and high handedness”

Two members of the House were also suspended.

The Imo House of Assemby have been entangled in crisis since last week after Amara Iwuanyanwu was impeached as Deputy Speaker.

innonews - September 15, 2018 0
The law could force the club to drastically change the way they manage their squad. According to Bild, FIFA is planning to restrict the number...

Jim Nwobodo: It Is Early To Speak On 2023 Presidency