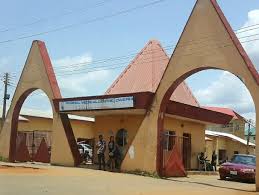 Investigations by an investigative journalist, Mercy Anaele, have proved that there are no plans to “fulanize the Federal Medical Centre, FMC, as alleged in the social media.

During her investigations, she uncovered that the reason for the delay in payment of staff salaries of the medical facility, observing that FMC, Owerri, is not the only Federal Medical Facility affected.

Her investigations further revealed that the personnel Cost Budget for 2021 was slashed in error by the Budget Office which also affected over 29 MDAs.

According to her findings, the figure of the Federal facility’s non regular allowances for both CONHESS and CONMESS was omitted which implied that the Centre would not have been able to pay salaries for October to December 2021.

The hospital management has continued to engage the necessary offices in Abuja and they have got reassurances that the matter would be dealt with.

Anaele confirmed that salaries are paid through the Integrated Personnel & Payroll Information system (IPPIS) from Abuja, revealing that even the MD of FMC Owerri, does not have the power to withhold salaries of staffs, except those on disciplinary action and which still requires Abuja’s approval to stop their salaries.

The salaries of staff, including that of the MD, Anaele confirmed, is sent directly from Abuja.

Anaele was able to confirm, that the matter will be sorted out soon and staff will get their salary.

She also confirmed that Federal Medical Centre, FMC Abeokuta along with some other Federal facilities were affected by the error, and the delay had nothing to do with IPOB or mass burial of IPOB members, as alleged on social media.

On allegations that the delay in payment of staff salary in FMC was because a Fulani man is Head of Accounts section, her investigations further reveal that Mr. Bello S.O, the Accounts Officer of the facility, is not a Fulani man, rather a Christian from Kogi State, while his wife, also a Christian, is from an Igbo State. Bello also grew up in Imo State, and a pastor of a Pentecostal church.

There were also allegations against FMC, Owerri, that they were planning mass burial, particularly for slain IPOB members, but Anele confirmed that FMC refuted the claims.

According to investigations, the facility stated it was a globally accepted practice, to mass bury corpses that are not claimed over years, insisting that no recent corpse was slated for the burial process.

On threats on Dr. Jacinta Achonu, the publicist of the Federal facility, Anaele was able to reveal that Achonu and Bello are simply civil servants doing their jobs, and would never do anything against the well-being of Igbo people.

“Dr. Jacinta and Bello are more Igbo than those accusing them of undermining the well-being of the people,” a staff revealed to Anaele. “Whoever is accusing them of working against the interest of Ndi Igbo got it all wrong. I suspect this is the handwork of mischief makers, who want to cause trouble for these outstanding civil servants whose only crime is their dedication to serve humanity.”

innonews - June 17, 2018 0
There is mixed feelings in Owerri, Imo State capital over plans by workers to embark on a peaceful rally to show support and solidarity...

innonews - January 25, 2020 0
BY GREG IWU Despite the defection of nine members of the Peoples Democratic Party, PDP, to the All...