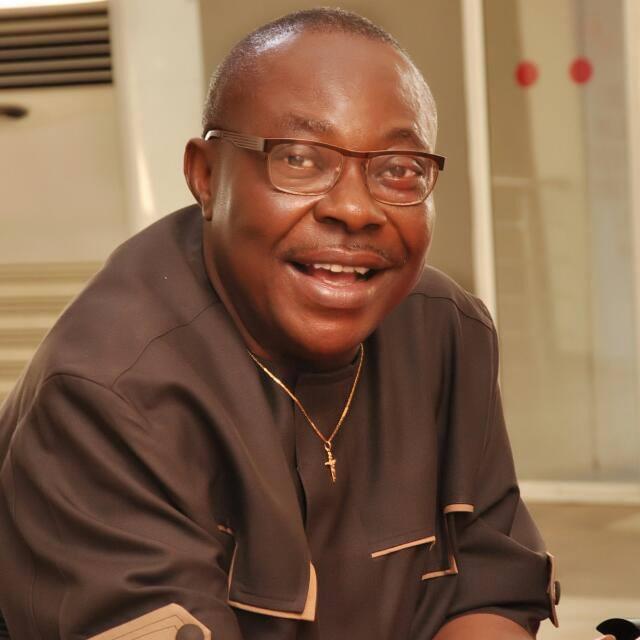 Former Governor of Imo State, Senator Rochas Okorocha, has been accused of incurring a debt of N3 billlion naira for a consortium of companies involved in importation and owned by Imo based businessman, Hon. Chief Chukwudi Opara, a.k.a Udochimara.

Opara in an exclusive interview with INNONEWS in Owerri, alleged that the debt is demurrage accrued from several containers seized by the former governor, now Senator representing Orlu zone in the Senate.

Opara said his companies had entered an agreement with the Okorocha administration to import desks, school uniforms, sandals and other items to the Imo State government on the authority and approval of then governor Okorocha in 2012.

His words “I imported the products stocked in several containers after entering into an agreement with the then government to supply school items for the former governor’s free education programme at that time.

“Three of my companies carried out the importation of the items, but unfortunately the goods were confiscated at the Ports by the Nigeria Customs Service, NCS, which claimed at that time, that they were contraband products.

“The NCS demanded that I secured a waiver from then President Goodluck Jonathan, whom they said was empowered by law to order the release of such goods.

“This took me one year to achieve after which the then President granted the waiver.

“I later cleared the goods which cost me extra N100 million demurrage and the Containers carrying the goods were cleared at the Ports and brought to Heroes Square, (now Ndubusi Kanu Square) Owerri.

“To my greatest surprise, Okorocha abandoned the goods for two years at Heroes Square.

“I made several appeals to him to offload the goods stocked in the Containers to prevent me from paying extra demurrage to the Companies that own the Containers.

“I wrote several letters to him and to the State Ministry of Education. I have my records. It took him two years to evacuate the goods from those Containers and when he eventually did,  he went away with the Containers till date.
“From then till date, the Containers are no where to be found. They disappeared.

“The companies based abroad which own the containers have blacklisted my companies and the demurrage for withholding those containers has amounted to over N3 billion naira” he said.

Opara said at a time, he involved the Economic and Financial Crimes Commission, EFCC, in the matter, and after the intervention of the anti graft agency, the the Okorocha government paid him a paltry sum of N18 million naira, which was part of the N100 million he used to clear the containers at the Ports.

“They (EFCC) advised me to go to court to recover my money apparently after they could not convince Okorocha to pay the balance.

“This is an act of wickedness because my companies have been blacklisted by the foreign companies which own those Containers.

“My business has crumbled, my staffs have gone and I cannot embark on importation of goods because I was blacklisted by these international companies for not returning those Containers and unable to pay a humongous  debt of N3 billion naira

Opara said after several attempts to get the present administration of Governor Hope Uzodimma to pay the debt on the grounds that government is a continuum, he has resolved to drag the State government to court to recover his money in order to revive his business.

innonews - April 6, 2018 0
Natural endowed Nigerian actress Anita Joseph is known for her acting skills and her curvaceous body is not left out.  She always flaunts her...

innonews - April 7, 2018 0
The Federal University of Technology, Owerri  FUTO have held its 30th convocation ceremony. Many graduands bagged First Class in various Courses under the leadership...

Buhari: I Have No Plans To Islamize Nigeria

innonews - September 9, 2018 0
President Muhammadu Buhari has made it clear that he has no desire or plans to Islamize Nigeria contrary to insinuations in certain quarters. He said...

President Buhari On A 2 Day Working Visit To Jigawa State...

innonews - May 14, 2018 0
President Muhammadu Buhari on Monday embarked on a 2 day working visit to Jigawa State begining from Monday, 14th May, 2018. Here are snapshots...