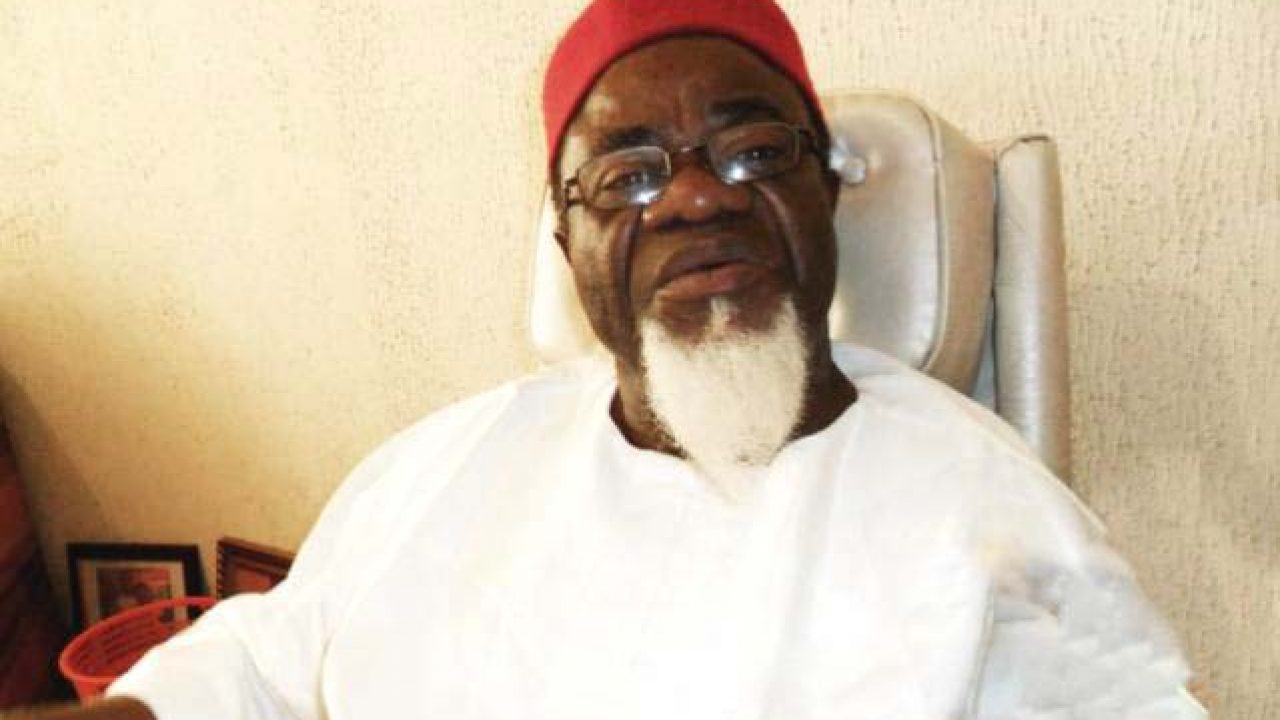 The South East Coalition for Good Governance, SECG, has said the Igbo will not beg, kneel or prostrate before anyone for it to produce the nation’s President in 2023.

Former Governor of Anambra State, Dr. Chukwuemeka Ezeife, had reportedly said that the South East was ready to kneel down, even prostrate in order to get the opportunity to become Nigeria’s President in 2023.

Reacting to Dr. Ezeife’s remarks, the SECG in a statement on Sunday signed by its Publicity Secretary, Hon. Godwin Onuoha, said “Igbos will not parade a begging bowl in order to become President”

SECG said “Dr. Ezeife went overboard and extra mile with his statement, because there is no need for Igbos to kneel, prostrate before anyone in order to produce the nation’s next President in 2023.

“We respect Dr. Ezeife for his statesmanship and more importantly for his undiluted commitment to the cause of the Igbo nation to produce the next President of Nigeria, but he got it wrong when he said we will kneel, beg or prostate before an Igbo becomes President.

“Igbos are no second class citizens in Nigeria, neither are we political slaves to anyone. It is only servants or maids that beg or prostrate before their Masters. We do not fall in this category, because we are equal partners in the Nigerian project who have contributed in no small measure to the political and economic development of the nation.

“Other ethnic groups in the country such as the North and the South West when they sought for the presidency, never prostrated or begged the Igbos for their support.

The SECG reiterated that it is the turn of Igbos to produce Nigeria’s President in 2023, and “this can be achieved through constructive dialogue, consultations and engagement with political leaders in other geo political zones,  who should in the spirit of fairplay and equity, understand that a Nigerian President of Igbo extraction is ripe and overdue in 2023”

Need To Standardize Eligibility As Criteria For Elective Political Participation. BY...

innonews - June 6, 2018 0
The recent law passed on the age qualification of persons desiring to occupy elective positions in Nigeria is a welcome one. At least it...

innonews - October 30, 2019 0
Governor Emeka Ihedioha of Imo State has approved the appointment of 4,000 teachers into the State work force. A...

innonews - July 19, 2017 0
Imo State born Senator Osita Izunaso has been appointed a member of the APC 10 man committee to articulate the party’s position on Nigeria’s...