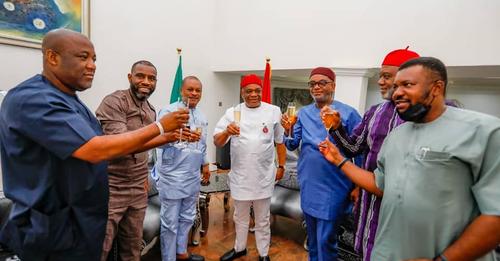 There are speculations that the Peoples Democratic Party, PDP, could be poaching some key leaders of the All Progressive Congress, APC.

Details of the closed meeting were unknown.

Anyanwu had shortly after his emergence as National Secretary of the PDP had boasted that some APC chieftains were set to decamp to the PDP.

Recall that Kalu was last week visited by the National leader of the All Progressive Congress, APC, Asiwaju Bola Tinubu.

Kalu,a former governor of Abia State, was a founding member of the PDP.

He contested and won the 2019 Abia  North senatorial election.