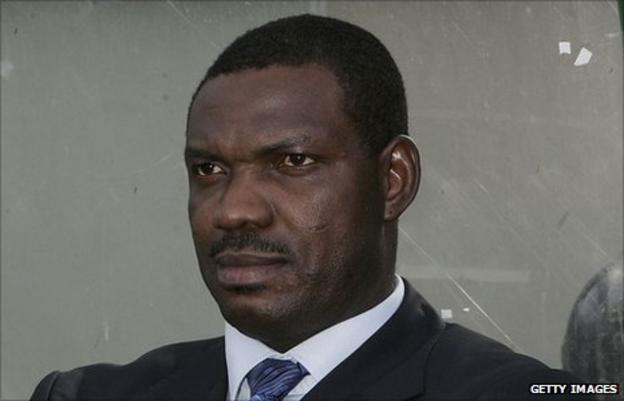 He was appointed after Gernot Rohr, the Franco- German, was sacked by the NFF after 64 months in charge of the national team.

This is with immediate effect, and follows the termination of the relationship with Franco-German Gernot Rohr, who has been in charge of the three–time African champions for the past 64 months, and is Nigeria’s longest–serving manager,” an official statement on Sunday read.

The decision was taken during a virtual meeting of the NFF Executive Committee on Sunday.

Eguavoen will now take charge of the Super Eagles, ahead of the 33rd Africa Cup of Nations taking place in Cameroon 9th January – 6th February 2022, and until the appointment of a substantive Head Coach.

Ezeani To Ndi Orlu Zone: I Wish You Blissful Month Of...

innonews - December 1, 2021 0
A former member of the House of Representatives, Hon.ThankGod Ezeani, has wished the people of Orlu zone, "a blissful month of December"

Nigerian President Of Igbo Extraction In 2023. By Protus Nathan Uzoma

innonews - December 7, 2020 0
In every democratic polity with heterogeneous setting, power rotation is an inevitable mechanism that reliably enroots and fastens democratic development. It entails equitable...

Ihedioha Reveals When LG Elections Will Hold In Imo, Past LG...

innonews - October 31, 2018 0
BY:RALPH EJIMKONYE The rat race for the governorship ticket of the All Progressive Congress,APC in Imo State has continued with the camp of Governor Rochas...

innonews - November 25, 2017 0
BY EBERE UZOKWA# When Dr. Orji Uzor Kalu dumped his ailing Progressives People Alliance(PPA) for the All Progressives Congress(APC), I did welcomed his membership with...