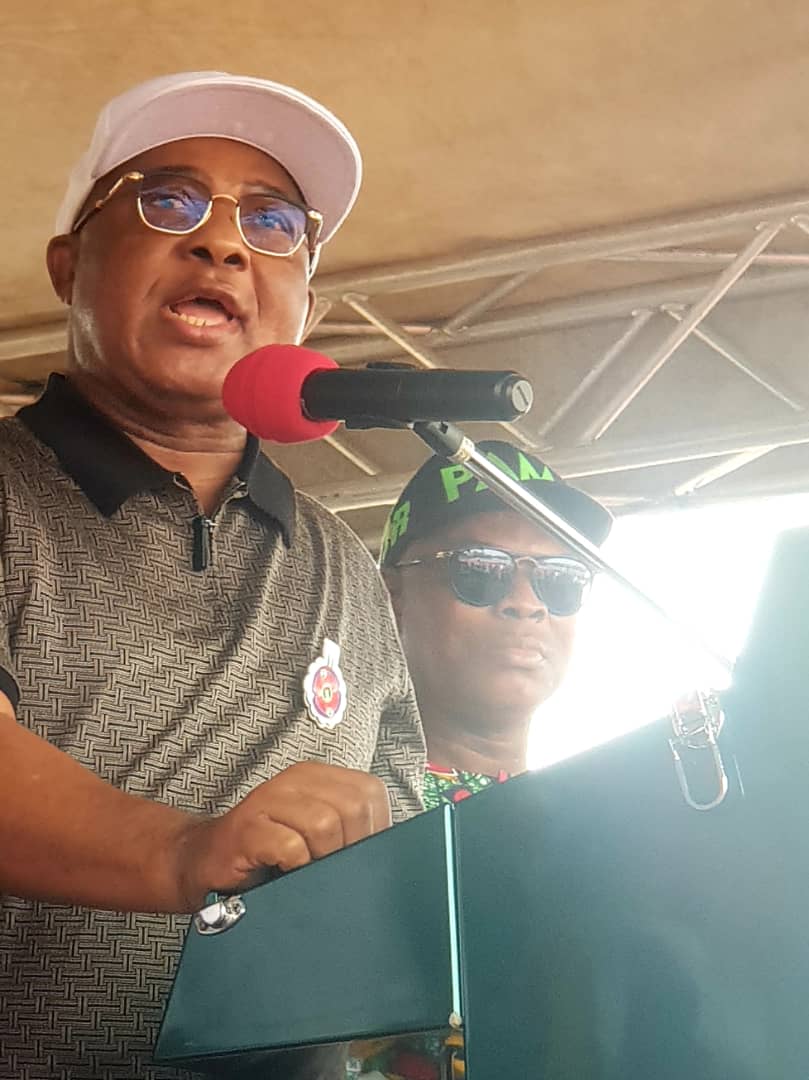 The Governor said the likes of Dr. Mbata should be emulated, for his acts of philantrophy geared towards aiding the poor and the vulnerable in the State.

“I m deeply touched by this act of philantrophy by Dr. Mbata by touching the poor and the vulnerable

“I call on public office Holders in the State who receive money from government coffers to emulate Dr. Mbata and support their people

“Government alone cannot take care of our citizens. It is only through constructive partnership will the private sector and the government make meaningful contribution that will have a rapid impact on our people.

“Let me use this opportunity to invite our brothers and sisters who may not be as rich as Alex Mbata, who probably may have more money than Alex Mbata, to toe this line of honour”

“We commend Prince Mbata for partenring with Govt for this empowerment programme” he said.

In his remarks, Prince Mbata, recalled that the Prince Mbata foundation was established in 2015 with a firm commitment to serve humanity and build a credible future for Nigerians with the aim of supporting and empowering the less privileged, orphans, widows and indigent citizens of Imo State and other Nigerian States at large, through provision of scholarships, financial aids, provision of business/skills and support materials.

Mbata said the empowerment programme is in fulfilment of Psalms 41.

He further announced a five million naira loan for each of the nine local governments in Owerri zone for indigent persons.

In his remarks, a former Speaker of Imo State House of Assemby, Rt Hon Godfrey Dikeocha, showered econmiuns on Dr. Mbata, whom he described as a star and who has been supportive of efforts of the Uzodimma administration.

The highlight of the event was the distribution of sewing machines, hair dryers, motorcycles and 50,000 naira each to over 3,000 persons drawn from the 109 INEC Wards in Owerri zone.

innonews - October 8, 2018 0
The Imo State chapter of the All Progressive Congress, APC has released a list of candidates for the 27  House of Assembly seats. This is...

innonews - January 10, 2020 0
The All Progressive Congress, APC in Imo State is simmering deeper into crisis, as the return of former Chief of Staff to...

innonews - June 13, 2018 0
Tragedy struck at Irete Autonomous Community in Owerri West Local Government Area of Imo State when a man suspected to be a non indigene...