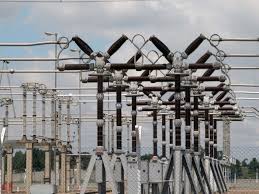 The Niger Delta Power Holding Company, NDPHC, has opened up on allegations levelled against it by the Imo State government, that it contracted some indians to “steal” transformers from Egbu Power Station, Owerri.

In a statement signed by the company’s Media Adviser, Sanya Adejogun and sent to INNONEWS, the NDPHC disclosed that 2* 150MVA and 2×60 MVA 330/132/33V transformers at the Owerri substation were installed and evacuated for maintenance.

It further disclosed that the transformers which were installed over 10 years ago were neither energised nor properly maintained.

It said the transformers were recently tested by experts who recommended vacuum drying process to remove ingressed moisture trapped in them.

As a result, the Company said it became imperative for them(transformers) to first be uninstalled and transported to GTA Factory in Lagos for the oven drying and then delivered back to Owerri for final erection and energisation.

The statement quoted the NDPHC Executive Director, Networks, Engr IfeOluwa Oyedele, as disclosing that dispatched letters have been sent to Governor Hope Uzodinma of Imo State and Managing Director, Transmission Company of Nigeria (TCN), intimating them of the development.

According to Oyedele, “The was no attempt to steal the transformers. The Indians are workers of GTA, subcontractors to our EPC Contractor, Messrs. Ak-Ay Elektric, who went to take the transformers to their workshop for vacuum drying and testing.”

To this end, he sought the cooperation of citizens of Imo State to allow the Contractor to immediately commence work and for them to complete in record time.

“This statement, therefore, corrects a misunderstanding about the intention and status of the Contractors as published by a section of the media at the weekend.

“We thank the Government and people of Imo State for their vigilance and sustained cooperation to ensure the protection and security of government properties and our workers,” Oyedele further said.

innonews - September 19, 2020 0
Njemanze said the VAPP Bill is inconsistent with the provision for Right to Life in the 1999 Constitution of the Federal Republic...

Uche Nwosu Has Not Sinned By Marrying My Daughter- Okorocha