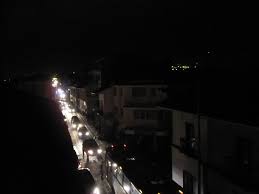 A plot to plunge the entire Imo State in darkness has been foiled.

Imo State government said on Saturday, that it foiled  “an attempt by some contractors claiming to have the authorization of the management of the Niger Delta Power Holding Company, NDPHC, to remove transformers meant for critical electricity project in the state”

Oguwuike Nwachuku, Chief Press Secretary/Media Adviser to Governor Hope Uzodimma, said in a statement “ it is believed in some quarters that the so called Indians  must have come with the intention to steal the facilities but merely dropped the name of NDPHC management to get away with the ploy”

Part of the statement read “On Thursday, December 2, 2021, Governor Uzodimma got intelligence that some Indian contractors in collaboration with others went to Egbu Transmission claiming to have the authorisation of Niger Delta Power Holding Company to  dismantle the 2 × 150mva and 2 × 60mva  Transformers meant for the ongoing Transmission Project yard in Egbu and move them to lagos.

“Governor Uzodimma had quickly detailed the relevant government and security officials to ascertain the authenticity of the visit and claim but was shocked to discover that the so-called NDPHC  contractors could not show anything to support their mission.

“On further interrogation, it was also discovered that they had no documentation to the effect of their claim, a situation that further raised doubts about their intentions.

“What was worse was that on sneaking into Imo State the contractors made secret contacts with youths from Egbu, promising them tips to enable them move the heavy duty  Power electricity equipment and also cover their tracks.

“It was at this stage that the ploy leaked and when the men were accosted it became apparent that they were not genuine.

“President Goodluck Jonathan had in 2010 awarded the Egbu Transmission Project Yard and the equipment were accordingly supplied.

“Work was almost completed but for the arrival of 330kv line coming from Alaoji to Owerri and Onitsha.

“Incidentally, the 330kv line project has just been jointly awarded by AfDB/TCN meaning that any interruption of equipment in the project will bring the entire Imo State to a long and devastating darkness and consequently, economic retardation.

innonews - April 10, 2020 0
The Imo State government has been called upon to allow Christians in the State to hold church services on Easter Sunday.

innonews - December 4, 2017 0
The last may not have been heard in the ongoing rift between some members of the Imo State House of Assembly and Governor Rochas...

innonews - October 13, 2018 0
*BY SHEDRACK IBEAWUCHI* There is more confusion in the All Progressive Congress, APC in Imo State. Who is the party’s governorship candidate has continued to...