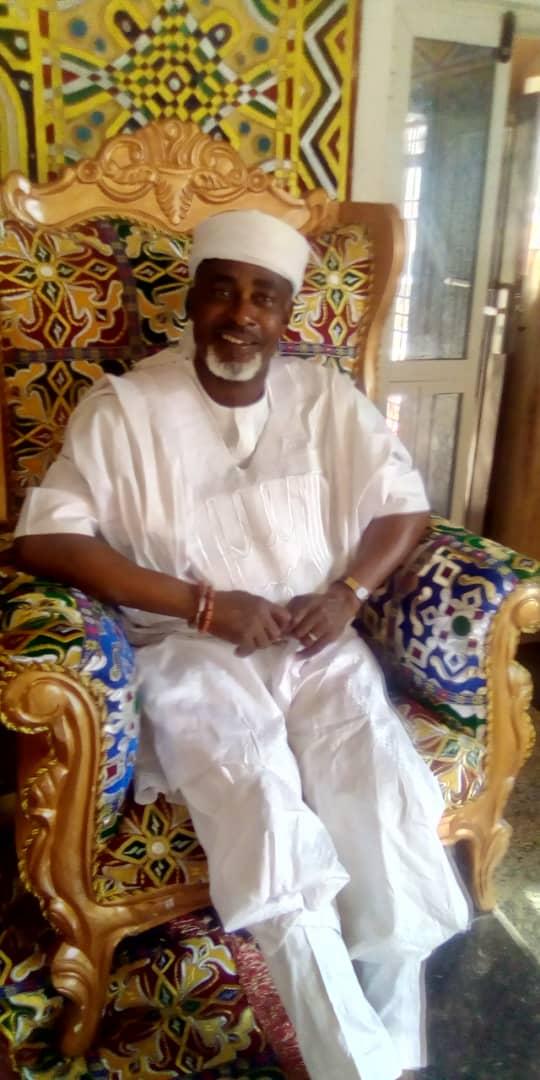 The Chairman of Imo State Muslim Council, His Eminence, Prince Basheer Mohammed S. Uwakwe has disassociated himself and entire Muslim community in the State from an on-line media report by one Barr.Suleiman Ukandu captioned “2023: Muslim group calls for power shift to Southeast”.

Uwakwe, who is the Traditional Prime Minister of Umueze Mbieri autonomous community, Mbaitoli LGA of Imo state disclosed that Ukandu’s report, which he did on behalf of SEMEC and which called for power shift to the South east geopolitical zone in 2023 presidential election was never discussed at Abakiliki, Ebonyi State Muslims meeting held on January 8, 2022.

He said that Ukandu, on behalf of SEMEC, pledged to throw in his weight in the forthcoming presidential election.

Uwakwe clearly stated that the Abakiliki Muslim meeting was purely to develop South-East Islamic Da’wah (charity),adding that the National Co-coordinator of SEMEC and Meeting Convener, Dr. Haroun Ajah address that every topic for discussion was self explanatory. He said that the subjects centered on Da’wah galvanization in the Southeast geo political zone and never touched partisan politics.

He noted that the primary essence of the meting was to elevate and fashion a way forward for Islam and pave hope for Igbo Muslim brothers and sisters in the Southeastern Nigeria.

He said, “We attended the meeting to take situation report of Islamic development in Igbo land, the way forward and to give our Igbo Muslim brothers and sisters sense of belonging for the future”.

“Again, we were there to review our unity, cooperation and collaboration between the Igbo Muslims and Nigerian Muslims over the years. There was no time in the least, we discussed political power-shift in 2023 general elections. Therefore Barr. Suleiman Ukandu comments in the report, were not in line with the deliberation of the meeting and not on behalf of SEMEC”.

“As a Muslim and from the Southeast, I don’t belong to any sect or organization in Islam. I advise that we all should find a way of making our Muslim brothers and sisters in the North and Southwest of Nigeria to remember the teachings of the Holy Prophet Mohammed (Peacebe upon Him) that a brother or sister Muslim is a Muslim, void of colour, origin, tribe etc. As a Muslim, we don’t have America Muslim,Indian Muslim, Hausa/Fulani Muslim, Yoruba Muslim or Igbo Muslim as an identity of Islam but in Islam, we are all muslims”.

Uwakwe however, said that Islam does not encourage division among its adherents, just as he added that Muslims cannot preach division among themselves but rather proffer unity and oneness in the country.

“As a Muslim, it is important that we start to engage ourselves in Islamic propagation for the Da’wah (charity). We must let our people know the true meaning of Islam, which is the meaning of life”.

“As Muslim, the kind engagement we should be involved in so that others will understand our religion is not about chasing power,rotational presidency, money and position for Allah will ask us as leaders to account for what we did with the knowledge and position we got and occupied in life”.

“As the Chairman of the Imo state Muslim Council and the leader of Imo State Muslim Uma’ah, I cannot afford too drag the muslims in Imo stateto a particular sect or organization other than that of the one led byHis Eminence, Alhaji Saad Abubakar 111 (Sultan of Sokoto) and President General Supreme Council of Islamic Affairs”.

“I therefore use this opportunity to encourage the Southeast Elders Council under the leadership of Sheikh (Dr.) Haroun Ajah to continue to bring all Igbo Muslims together for the sake of Islamic development in the Southeastern Nigeria. I unequivocally maintain that he has the support of Imo state Muslim Uma’ah. I advise the SEMEC not to allow politicians or self interest to bastardize our good intensions”,Uwakwe added.

innonews - July 23, 2017 0
By Collins Ughalaa *"It's only the stubborn housefly that accompanies the corpse to the grave", says a popular Igbo adage. The Igbo also say that...

Okorocha: Charly Boy Recruited Since 2014 Against Me

innonews - September 11, 2017 0
PRESS RELEASE# Our attention has been drawn to the meeting presided over by Charles Oputa also known as Charly Boy Oputa and the chairman of...