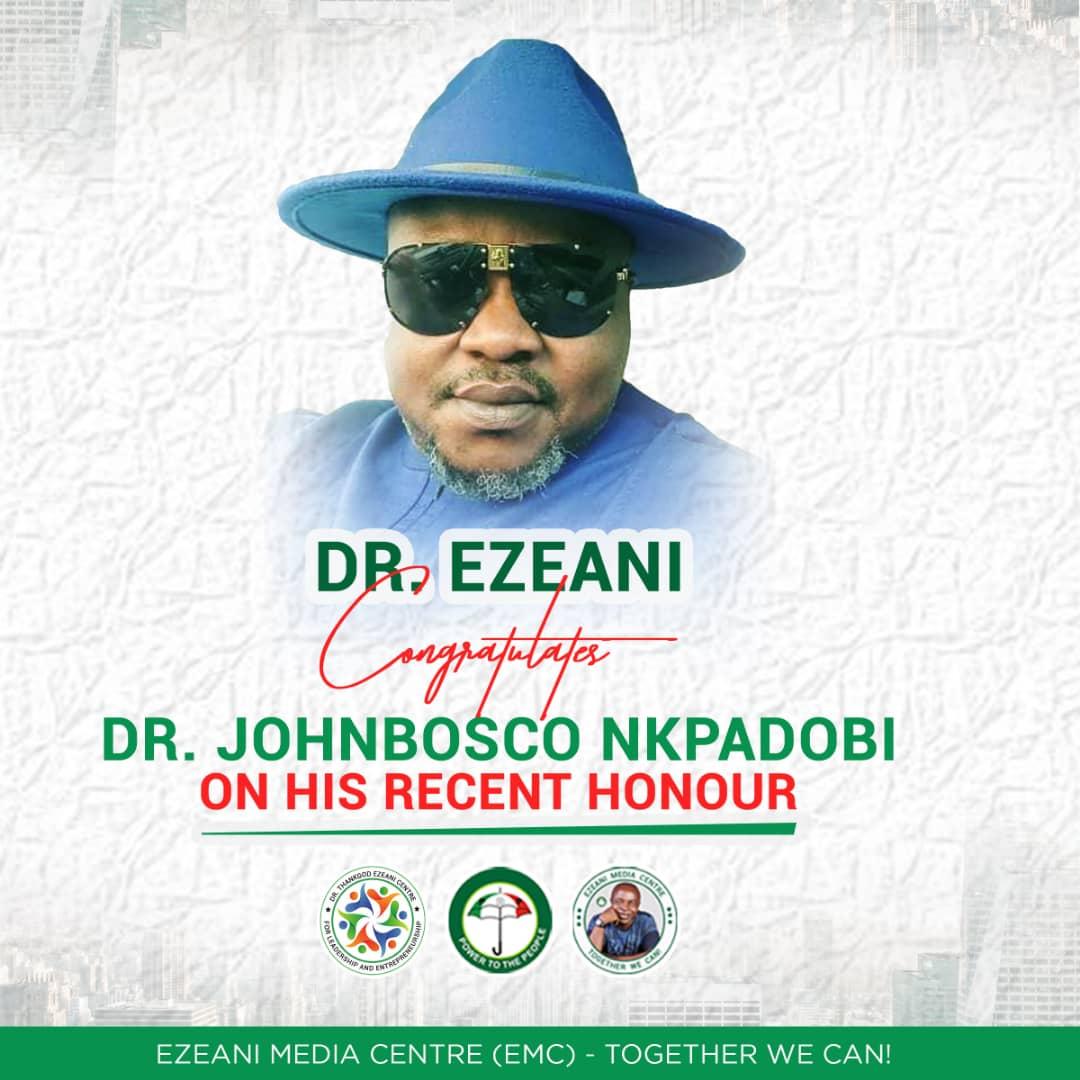 A former member of the House of Representatives, Hon ThankGod Ezeani, has commended a renowned philanthropist, entrepreneur and geologist, Dr. Johnbosco Nkpadobi on award of honour conferred on him by Amaigbo Unity Forum, AUF led by Sir Fyne Madumere.

Ezeani, in a statement in Owerrri and signed by his Media Director,  Comrade Desmond Nnadozie , also congratulated Nkpadobi on another honour from HRH Eze Nelson Nwosu.

He described the award on Nkpadobi, as well deserved and a call to do more, stating that “because to whom much is given, much is expected”

“Dr Nkpadobi is a man who should be honored and commended for his patotism, capacity and contributions to the growth and development of the society beginning from Amaigbo his hometown because charity truly begins at home” the statement stated.

According to the statement, Dr Nkpadobi was honoured for offering scholarships to many deserving youths to study in different universities, recruited fifty percent of the workforce in his company from his Nwangele LGA, built and furnished a National Youth Service Corps lodge and impacted on many lives through his humanitarian activities and other numerous community works.

innonews - May 13, 2022 0
Labour, Employment and Productivity Minister, Chris Ngige, has said he withdrew from the presidential race after consulting widely with his family, constituents,...

innonews - June 21, 2018 0
There are strong indications that the planned solidarity rally by workers in Imo State for Governor Rochas Okorocha may have been postponed to Tuesday...

innonews - September 10, 2018 0
Confirming our earlier story that a split has reared its ugly head in the Imo APC Coalition when one of the arrow heads of...