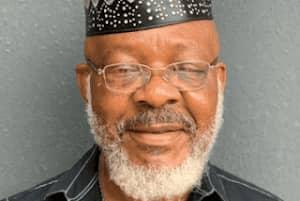 Former Nigeria’s Ambassador to Congo, Chief Greg Mbadiwe has described President Muhammadu Buhari as a caring and listening leader following his decision to suspend the withdrawal of subsidy on petroleum products.

Mbadiwe,a lawyer, said the decision by the president has doused tension in the country as well as stabilized the personal economy of Nigerians.

In a statement he issued in Lagos, the former ambassador who is a chieftain of the ruling All Progressive Congress noted that the president has not only averted the proposed national strike by labour,but demonstrated to Nigerians that he cares deeply for their welfare.

” I know that majority of Nigerians are against the withdrawal of fuel subsidy for now. As the leader of the nation, the president has hearkened to the yearnings of the people. That is the hallmark of leadership and statesmanship”, Mbadiwe argued.

According to him, although the decision by the president may not have satisfied the international monetary fund, achieving political stability at home was more paramount.

He was also of the view that Government must have taken into consideration the global economic realities in the last three years occasioned by the Covid 19 pandemic to suspend the withdrawal of fuel subsidy.

” We are aware of the traumatic effect of the pandemic and its impact on businesses and even the economy. So the decision is salutory”

The former Chairman of Board of Road Safety Corps was of the view that as Nigeria prepares for next year’s election, it cannot afford a prolonged strike by labour and other distractions that would negatively affect the general election.

He also noted that the government must have disappointed the enemies of APC who had planned to cash in on the expected chaos to castigate the administration.

Said he,”I am aware that the opposition was preparing to make political capital out of the planned removal. But they are disappointed. I am happy that Buhari will depart in a blaze of glory having impacted positively on all sectors including massive infrastructure on roads, rail, especially the second Niger bridge”

Mbadiwe said what Buhari has achieved in the last eight years have remained unmatched by previous administrations in the country.

Said he,” we are moving to a transitional election to hand over to another Government. So we need peace and stability in the polity. That’s what the president has done”

Mbadiwe urged the organised labour to reciprocate the president’s gesture by shelving any kind of protest or strike within this transitional period.

He also enjoined Nigerians to support the president in his last lap in power so as to preserve his legacies in the last eight years.

He described the president’s tenure as having been hugely beneficial to the country inspite of the security challenges.

“No Going Back On Imo LGA Election”

innonews - October 1, 2019 0
Ihedioha Reasures On Holding Polls "As Soon As Possible" There is no going back in the conduct of local...

innonews - May 7, 2018 0
The Chinese model of leadership has been advocated for electing leaders in Nigeria based on their past performances at lower levels of government Former Anambra...