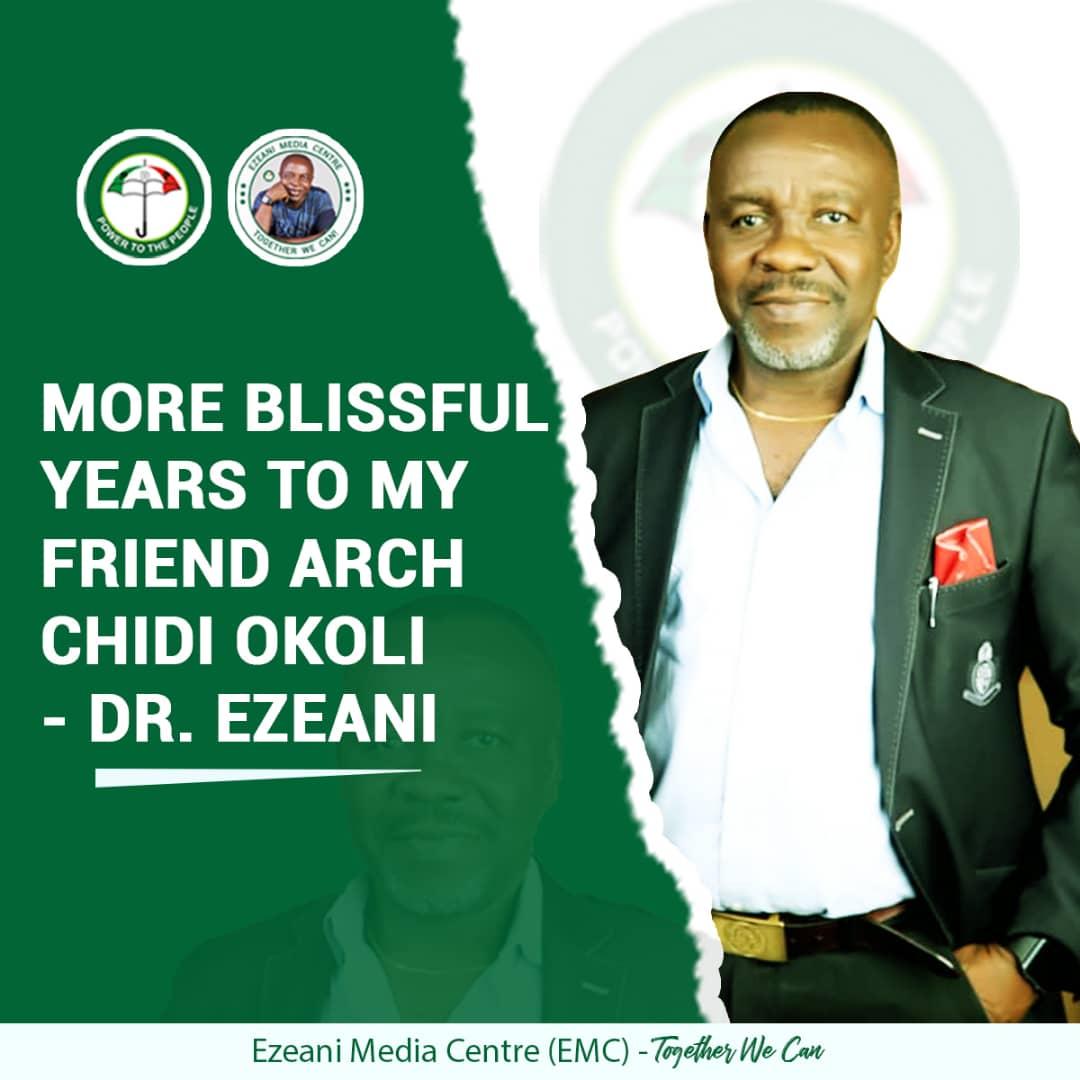 In a statement released by Ezeani Media Office, the former member of the House of Representatives, expressed “profound gratitude to God for adding another year to the life of a resourceful, enterprising and productive personality who has remained of value and importance to the larger society”

Ezeani attested to Okoli’s sincerity, credibility and high level of professionalism when the latter served as MD, Imo Housing Corporation and other parastatals.

He wished him many fruithful years ahead and commended his nobility and strength of character.

Outcome Of Anambra Election Will Not Occur In Imo State, Says...

innonews - November 30, 2017 0
BY CYRIL ARIRIGUZO# A commissioner-designate in Imo State and staunch member of the All Progressive Congress, APC Rescue Mission, Hon Lasbery Okafor-Anyanwu has said the...

I M Ready To Sacrifice My Role- Mikel

innonews - June 20, 2018 0
Super Eagles captain, John Mikel Obi has said he is keen on forgoing his role in the team if that could win games for...