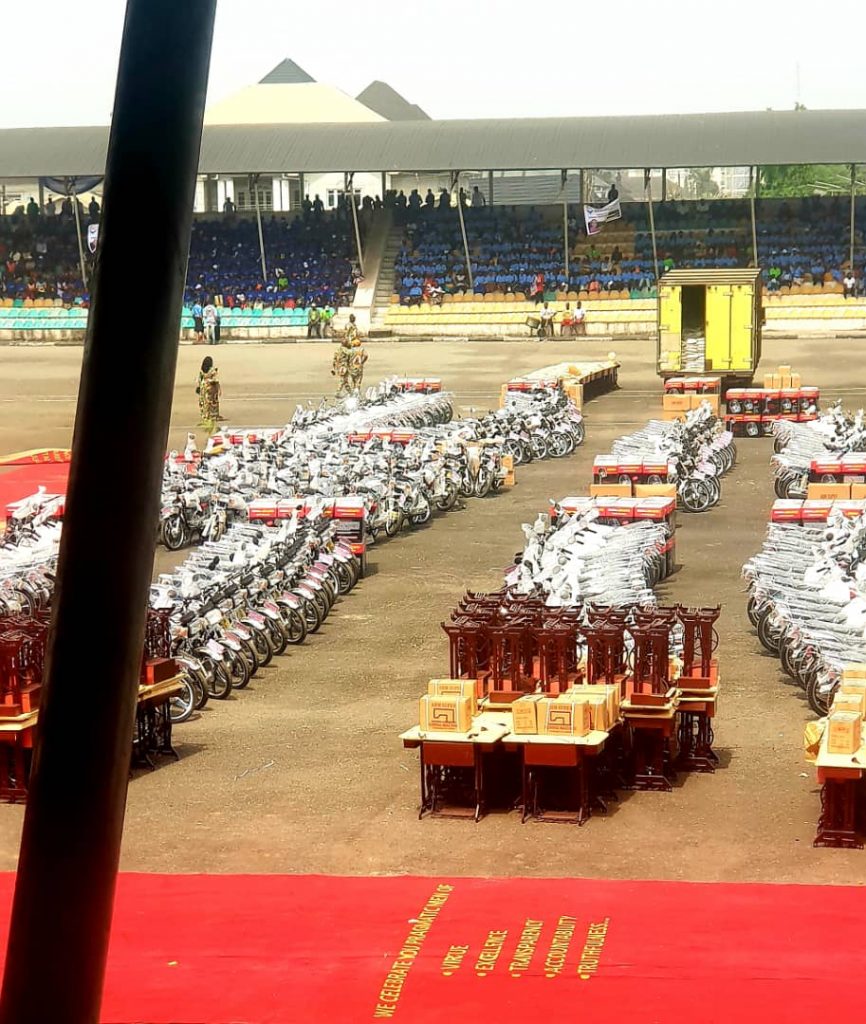 The Prince Alex Mbata Foundation, PAM has given details on the Foundation’s empowerment programme, where more than 3,000 vulnerable people in the 104 INEC Wards in Owerri Zone benefited.

Dikeocha also said “Grants of N50,000 were also handed out to some beneficiaries by His Excellency, Governor Hope Uzodimma, on the 16th day of December, 2021, being the day of the launch of the  empowerment programme, held  at the Admiral Ndubuisi Kanu Square (formerly Heros Square), Owerri.

“As a policy of the Foundation, beneficiaries with personal bank accounts are currently receiving cash payment through their bank accounts.

“We have been briefed by the bank of their inability to credit some nominated bank accounts with several discrepancies to avoid paying the wrong persons, as it will defeat the philosophy behind  the program to target the needy and alleviate their financial needs.

“The PAM Humanitarian Foundation is currently sorting out  these issues as quickly as possible, to enable all beneficiaries receive  their grants

“At the moment, payment of grants to beneficiaries in four local governments has been concluded.

“95 percent of beneficiaries from Aboh Mbaise have received their grants.

“The process of paying beneficiaries in two local governments, Mbaitoli and Ngor Okpala, has also begun.

“Beneficiaries in Owerri North, Owerri Municipal and Owerri West, will receive their grant during the last phase of payments.

“We are hopeful that all beneficiaries of the empowerment programme will receive their grant before the end of February 2021” he said.

He noted that PAM Humanitarian Foundation will not join issues with certain perennial political office seekers, who are petrified by the popular acceptance and acknowledgment of the good deeds of the Foundation and it’s founder, Prince (Dr) Alex Mbata and have resorted to  buying up spaces in newspapers to tarnish the image of this charitable organization.

innonews - July 13, 2022 0
The Governor of Imo State, Sen. Hope Uzodimma has pleaded with the newly sworn-in Chief Judge of Imo, the President of the...

innonews - July 3, 2018 0
The South East APC rally organized by Imo State Governor, Rochas Okorocha has raised some concern as all the five South East ministers in...