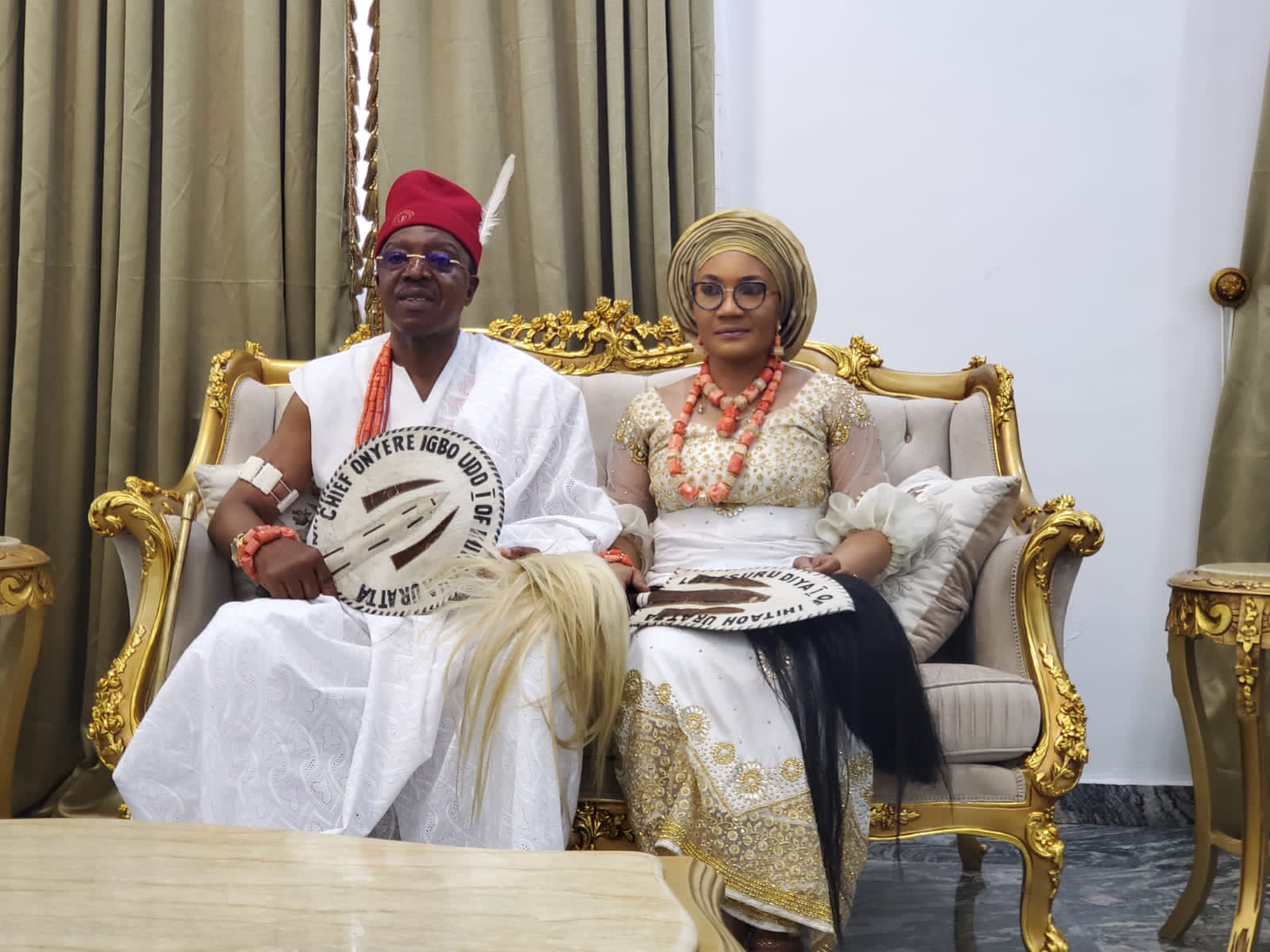 The chieftaincy coronation took place on the 3rd of January, 2022 at the Eze’s palace in the community where Sir. Newman Emeanaa was crowned as “Onyere-Igbo Udo 1” while his amiable wife, Lolo Lady Chioma Emeañaa was decorated as ‘Esurudiya 1’. Chief Augustine Uzoma Odoh as ‘Ihekwaba 1’ of Ihitaoha and the wife, Lolo Chika Odoh as ‘Ugodiya 1’.

The Eze illustrated that his Community’s chieftaincy title confirmation is in consonance with the universal Igbo standard and the newly coronated Chiefs met all criteria and standard required having contributed immensely and in all ramifications to the well-being of their community and it’s dwellers.

In his remark, Chief Dr.(Sir) Newman Emeanaa(KSM, FNIM), the Onyere-Igbo Udo 1 of Ihitaoha Uratta Autonomous Community expressed joy and gratitude to God and his people for finding him worthy of the prestigious chieftaincy honour. He revealed that the choice of ‘Onyere-Igbo Udo 1’ was a confirmation and colouration of his natural peaceful disposition.

He described the honour as a stepping stone and source of encouragement that will encourage him to sustain and improve his philanthropic gesture, his Community development services, his human empowerment, job opportunities for his people and other human oriented projects.

Imo Govt Speaks On Paying Pensioners After Years Of Neglect

innonews - October 14, 2019 0
Certified Pensioners in Imo State will get their due this week as the Emeka Ihedioha administration fulfils one of its core campaign...

innonews - May 30, 2018 0
Media Consultant and former Chairman of Nigeria Union Of Journalists in Imo State, Chief Fidel Onyeneke has expressed shock over the sudden death of...