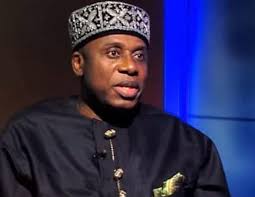 Minister of Transportation, Rotimi Amaechi, is speculated to be highly favoured for the presidential ticket of the All Progressives Congress, APC.

Amaechi, propelled President Muhammadu Buhari’s ascendancy to the Presidency in 2015 and 2019, having served as Director General of the latter’s campaign machinery.

Amaechi, has not indicated interest in the 2023 presidential contest, but sources say he is among close allies of the President and a serving Minister, who will sooner or later plunge into the race.

President Buhari had said he will not reveal the name of his successor to avoid him being killed before the elections.

Events in the last few weeks indicate that Amaechi could count as one of those who may be favoured by power brokers in Buhari’s government for the APC Presidential ticket.

Amaechi, through the Transportation Ministry which he heads, has revived Nigeria’s railway system in the last eight years, building and reviving rail lines across all the geo political zones in the country, including a controversial rail line from Daura in Katsina State to Maradi in Niger Republic.

He had come under severe criticisms for claiming he is an Igbo, despite having his roots in Ikwerre, Rivers State, in South South Nigeria.

His claims are said to have been propelled to assuage the strong demand for a Nigerian President of Igbo extraction in 2023.

Also, his criticisms are fueled by concerns that he gave less or no attention to dilapidated rail projects in the South East.

Amaechi, a former governor of Rivers State, had last week earned a traditional title from the Emir of Daura. He was conferred with the title of Dan Amana Daura, meaning the trusted one.

The event had attracted who is who in the country, including serving Ministers, present and past federal lawmakers, businessmen, captains of industry.

President Buhari, who was in Adis-Ababa, Ethiopia, for the African Union, AU Summit when the event took place, sent a powerful delegation to the event.

innonews - July 24, 2020 0
Governorship candidate of the Action Alliance, AA in the 2019 governorship election, Ugwumba Uche Nwosu, has said he never approached the Supreme...

innonews - November 28, 2020 0
The All Progressive Grand Alliance,  APGA, Imo State, is holding grand finale of its campaigns for Okigwe senate election on December 3.

innonews - August 6, 2018 0
Dr.Nath Uba Chukwudi Uba has joined the Imo governorship race swelling the number of aspirants in the State to 65. Uba, a United States based...