Home Viewpoint 2023: Princess Gloria Akobundu And Burden Of Leadership In Okigwe Zone. BY... 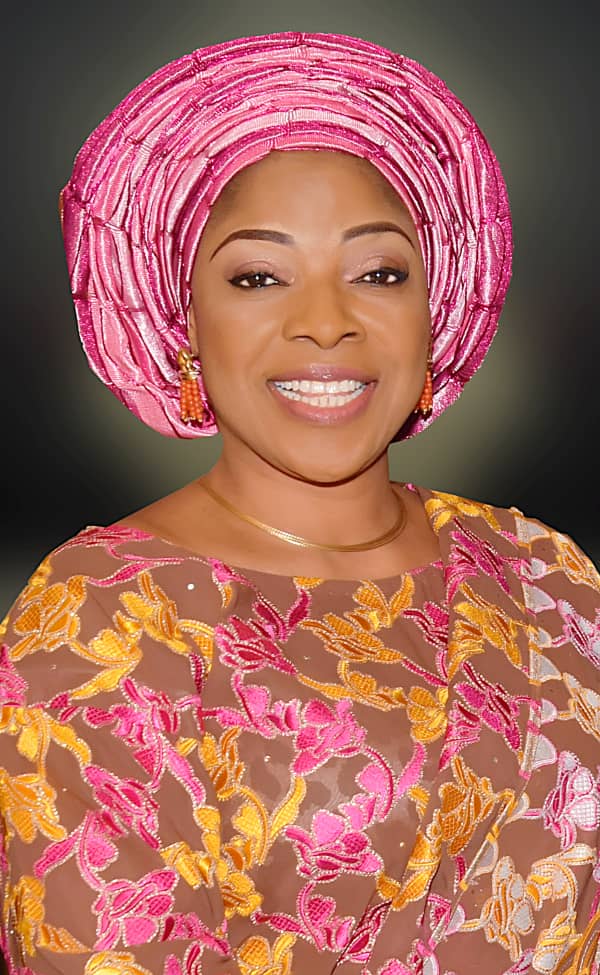 Hon. Princess Gloria Akobundu is the national coordinator/Chief Executive officer of the New Partnership for Africa’s Development, NEPAD, who since her appointment in 2017, has steered the ship to it’s enviable heights it is enjoying today.

This woman of inestimable value has proven herself as a woman to be reckoned with given the progress the NEPAD has made so far under her watch.

The NEPAD Boss who hails from Ibeme in Isiala Mbano Local Government Area of Imo State has made sure that the people of Isiala Mbano, Okigwe zone and Imo State feel the presence of her stay as the national coordinator/Chief Executive officer of NEPAD.

Hon. Princess Gloria Akobundu has shown through her actions and inactions that everything about Okigwe zone is topmost in her agenda and no wonder she has consistently shown
Concerns and comitement. This is because, she is determined to doing her very best to give the people a voice at the national level. This amazon of our time was not born with silver spoon but with dint of hard work, dedication, determination, forsightedness, commitment, fear of God and honesty, she rose to the position she is occupying today to the glory of God.

Hon. Princess Gloria Akobundu has remained a key player in the emancipation and development of Okigwe zone even to it’s present status it enjoys today amongst zones in Nigeria.

As a womman of unshakable character, Hon. Princess Gloria Akobundu have exhibited high leadership qualities that has endeared her to many people in Mbano nation, Okigwe zone, Imo state and Nigeria.

She has displayed her sincerity, humane, honest, transparent and determination to pursue the common good of her beloved people of Okigwe zone and this is evidence of the fact that she has given the people sense of belonging.

The national coordinator/ Chief Executive officer of NEPAD has shown that she is a woman to be reckoned with and no wonder she has dedicated her time, energy and resources for the common good of Okigwe zone people where she is presently advocating for youth inclusiveness in leadership positions.

The NEPAD Boss is a woman with high pedigree and class, no doubt she has shown from the day one that she is determined to change the narrative in Okigwe zone.

She is very committed to ensuring a strong and united Okigwe zone where leaders would be accountable to the poor masses that gave them their mandate freely.

The woman with the midas touch is interested in a greater prosperity of Okigwe zone where leaders would think first on how best to improve and better the life of the people instead of thinking on how best to win the next election.

This is to tell you that the woman who is loved not just in Mbano nation, Okigwe zone, Imo State but the entire Nigeria nation where she is presently given the female folk a voice and her outstanding reputation and coordinations at the national level can not be over emphasized because she understood the people of the area more better than anybody can think of.

Her ideals are to see that the people of Okigwe zone are counted among in the scheme of things and this is why she has given employments to uncountable people in Isiala Mbano vis-a-vis Imo State.

Princess Gloria Akobundu is a woman endowed with wisdom and knowledge to reach out to the unreached in Okigwe zone and her foundation is currently reaching out to a good number of youths and indigent people in the society.

There is one unique thing about this woman many has seen to be the “commander of youth and women empowerment”which is; she is interested in the overall development and common good of her constituents.

The pragmatic national coordinator has changed the mentality of the youths of Okigwe zone who she has helped in securing them good jobs in both federal and state. She did not just give them fish but thought them how to fish and be self dependent.

She has shown through his activities that the only development in life is human capital development which she has spread across the Okigwe zone, Imo State and Nigeria.

Princess Gloria Akobundu is interested in seeing youths, women and men of Okigwe zone to be counted once again among the successful people in Nigeria state whether in business or area of their specialization. This is the more reason she has started empowering our people to meet up with their needs in life.

Her emergence as the national coordinator/Chief Executive officer of NEPAD has further opened a new vista for the people of Okigwe zone and Imo State in particular.

The commander of Youth and women empowerment believes that the only thing that gives her joy and the fulfilment of purpose is to see all sons of Okigwe zone and Imo excelling in their chosen career.

Hon. Princess Gloria Akobundu is exactly what the people Okigwe zone needs going forward in the political arena which is the more reason why the young and vibrant female national coordinator has done everything humanly possible to reach out to everybody possible in order to change the narrative in the zone.

The Isiala Mbano born national coordinator has made sure that the people of Okigwe zone enjoy her stay at the national level with the uncountable projects and programmes for the people and has also bridge the gap between the rich and poor in the society.

Princess Gloria Akobundu has today become the beautiful pride and darling to the people of Okigwe zone because she has given both the old and young reasons to believe that truly, the awaiting messiah has finally come for Okigwe zone to better the lots of the people of the area.

That is why today the people are clamoring for her to be the torch bearer because she has a track record of service full of achievements and many of you will Marvel at what the woman has done without blowing her trumpet for people to notice her like her contemporaries does.

Hon. Princess Gloria Akobundu is the type of leader the people of Okigwe zone need in all ramifications to better the lives of the people who are gnashing their teeth as a result of the pains, sufferings and untold hardship the people has faced by these heartless people that parades themselves as leaders.

It is a thing of joy that from 2017 to till now, Hon. Princess Gloria Akobundu has empowered uncountable youths and women and still counting. The record are there for the people to see!

She has equally given so many students supports through his “foundation” to ease the burden on their parents which has been applauded by all and sundry.

It is based on this available evidence and many more that I present to you this committed young and vibrant female national coordinator that has shown her readiness to change the narrative in Okigwe zone.

Kelechi Uzomah is a journalist and a public affair analyst based in Owerri, the Imo state capital.

Imo PDP Reconciliation, Senator Anyanwu,Others And The Role Of A Peace...

innonews - February 19, 2021 0
It is no longer news that the People’s Democratic Party (PDP) in Imo State was thrown into an uncontrollable crisis shortly after...

innonews - April 18, 2018 0
Thugs today invaded the red chambers of the National Assembly and made away with the mace. They broke into the chambers when plenary was...