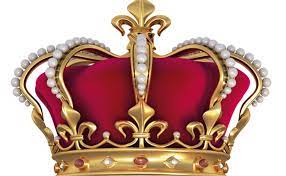 Governor of Imo State, Senator Hope Uzodimma has issued Staff of Office to 51 newly elected traditional rulers in Imo State with a charge on them to be guided by the tradition and culture of their people.

Also, the Governor advised them to always stand on the side of truth and justice in the discharge of their duties and to be traditional rulers over everybody in their communities.

Earlier, Governor Uzodimma met with the families of the three traditional rulers from Njaba and Okigwe Councils who were killed by bandits last year.

The deceased monarchs were Eze  Sampson Osunwa,  Eze Edwin Azike and Eze A.E. Duru Eburuo all from Njaba Council while the fourth monarch from Ihitte Ihube in Okigwe was Eze Paul Ogbo.

Governor Uzodimma regretted the circumstances the monarchs were killed, describing their death as a big loss to their families, communities and government.

He used the occasion to call on politicians to desist from using bandits to terrorise Imo people and said government must show concern about the monarchs who were killed because they were among the best in the State.

Governor Uzodimma later handed over Cheques he called “palliatives”to the widows of the slain monarchs as well as to other traditional rulers who survived the bandits attacks but with harrowing experience.

Performing the  Staff of Office ceremony at the Sam Mbakwe Expanded Executive Chamber Government House, Owerri, Friday,  Governor Uzodimma reminded the new monarchs that they are not just the custodians of their communities culture and tradition but represent the people and government of the State before the outside world.

He said apart from ensuring that unity and peace reign in their areas, the security of lives of their people should be part of their primary responsibility.

Governor Uzodimma therefore enjoined them to help fish out the bad eggs in their communities whether operating as bandits or unknown gunmen and ensure that they report the activities of the bad people in their domain to government for appropriate action.

He warned that he will not hesitate to dethrone any monarch who chooses to  rule over his people from outside his community or makes himself a “visiting Eze.”

The Governor reasoned that the traditional rulers cannot be effective in carrying out their duties, be it tradition, culture, security, peace and unity when they operate from outside, “because security starts with the love of the people.”

“When one is not close to his people there is no way he will know their problems and how best to tackle them.”

On the side of Government, Governor Uzodimma said his administration has taken every necessary measures to improve the security situation in Imo State and that what happened in the past has taught everybody a lesson on how to be proactive in order to nip every identified security breach in the bud.

To that effect, he urged all the traditional rulers, both the old and new ones, to always identify any security breach and inform government promptly.

He also advised them not to be scared or abandon their people that elected them as their Eze “because of security concerns.”

On politics, Governor Uzodimma reminded the monarchs in Imo State that ‘’whereas the Nigerian Constitution guarantees everyone freedom of association, that of the traditional rulers have been bridged.’’

He therefore appealed to them not to allow desperate politicians to contaminate them with their sweet tongue.

On infrastructural development in their domains, the Governor charged them to be involved in the various projects located in their communities as initiated by government.

He advised them to learn how to work in synergy with the leadership of their Town Unions so as to develop and protect their communities, reminding them that they are both the custodians of their people, their investments and facilities in their communities.

He reminded them of his government’s decision to approve N1billion for the renovation of health centres in the 305 INEC Wards in Imo State and charged the monarchs to take ownership of the facilities and ensure the projects succeed.

In the same vein, the Governor reiterated the decision of his government to reconstitute Development Centres, where Town Union Presidents will be made automatic members.

“You are ambassadors of your people and the government of Imo State,” he said and prayed for God’s guidance in the monarchs operations, asking them to,  above all, “have the fear of God in whatever they do.”

In a vote of thanks by the traditional ruler of Umuhu Omuma in Oru East LGA, HRH Eze Dr. Clement Ikechukwu Okonkwo on behalf of the others, he thanked God who using the Governor to make the day a success.

Eze Okonkwo pledged their loyalty to the Government of Imo State and their readiness to ensure there is peace and development in their various communities.

He also expressed their gratitude to their people who trusted them enough to preside over their affairs as their traditional rulers by electing them.

The event was witnessed by the Deputy Governor, Prof Placid Njoku, the Acting Chief Judge of Imo, Justice Theresa Chikeka, other key government functionaries, the leadership of the traditional and religious institutions in Imo as well as the kits and kin of the newly honoured monarchs

Battle For The Soul Of Imo APC Begins February

innonews - December 28, 2017 0
The battle on who picks the governorship ticket of the All Progressives Congress, APC in Imo State will begin in February 2018 when Congresses...

innonews - February 8, 2018 0
The Imo State Government has said it granted state pardon only to Ohaji/Egbema militants that operate around the Awarra Court Area of Ohaji/Egbema LGA...

innonews - November 7, 2018 0
*PRESS STATEMENT* The Imo State House of Assembly has filed and served a notice of appeal against the judgement of Owerri High Court on...