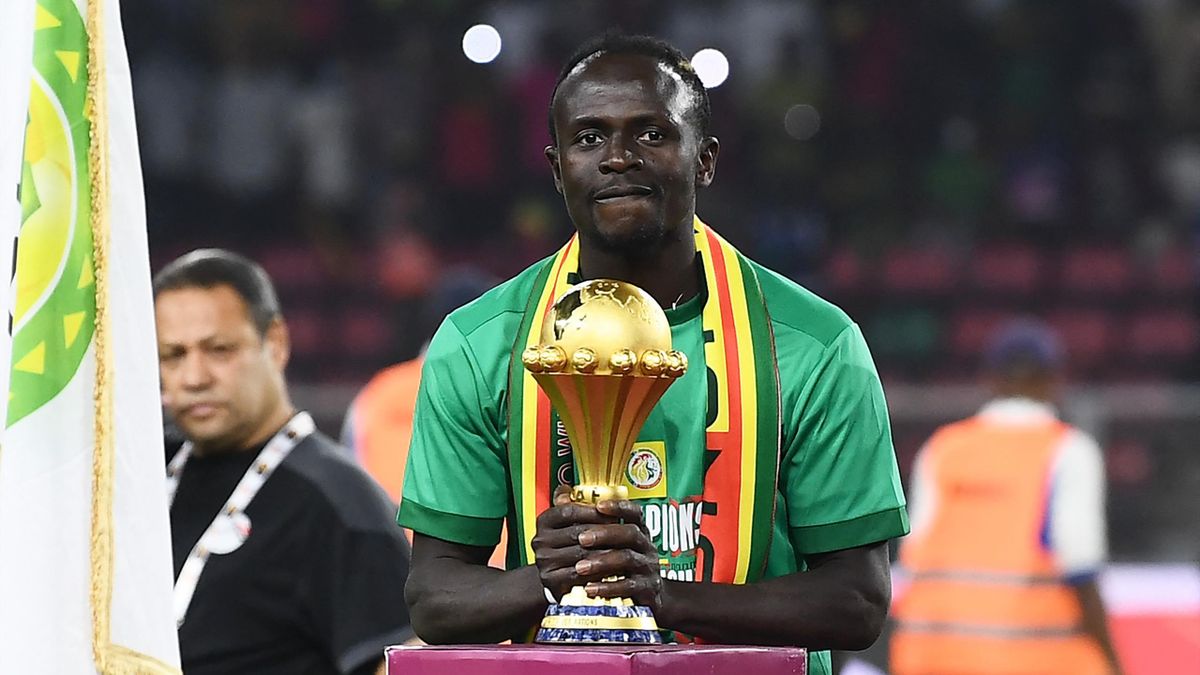 Ghana and Nigeria legends, Asamoah Gyan and Austine Jay Jay Okocha, have revealed what Sadio Mane told Egyptian goal goalkeeper before taking the spot kick awarded Senegal in the 7th minute of their Africa Cup of Nations final against the Pharaohs on Sunday.

Senegal was awarded a penalty earlier in the first half and Egypt captain, Mohamed Salah was captured whispering to his goalkeeper.

And as the teammates talked to each other, Mane, who is Salah’s attacking partner at Liverpool, stepped forward and said something to the Egypt goalkeeper.

Okocha slammed Mane for being distracted by what Salah and his teammates were discussing instead of focusing on the task of executing the penalty.

Gyan said on Supersports, “I think psychologically that didn’t help him [Mane] because Salah went to his goalkeeper definitely and was telling him, ‘I know where he places his penalty’.

“And he was far away, he shouldn’t have come there telling the goalkeeper ‘I’m putting it there.’ By doing that he put himself in doubt psychologically and I think there was the situation. Mind you that the goalkeeper of Egypt has been so good with penalty shootout. He did what he had to do to save his team.”

Adding his thoughts, Okocha said, “You don’t get involved when it comes to situations like that.

“You stay focused and choose your side, choose your target. I don’t know why he got involved there. It was obvious that he was nervous.”

innonews - July 20, 2022 0
Governor Hope Uzodimma has approved the appointment of Barr. Raymond Obioma Ucheoma as the new Head of Service of Imo State.

INEC Reacts To Okorocha’s Decision To Drag It To Court

innonews - March 21, 2019 0
BY FERD UCHE The Independent National Electoral Commission, INEC has reacted to the decision of Imo State Governor, Rochas Okorocha to...