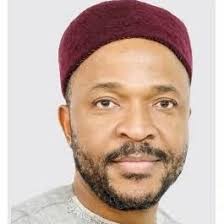 As the 2023 general elections draws near, the quest for a suitable successor for President Muhammadu Buhari, has continued to elicit attention.

The All Progressives Congress, APC, Nigeria’s governing party, has been hit with the burden to elect or select a Presidential candidate, who will retain the presidency for the party in 2023.

However, a group, Project Nigeria Group, PNG, is set to unveil the Minister of State for Education, Hon Chukwuemeka Nwajiuba, as the best Presidential candidate for the All Progressives Congress, APC.

The group in a statement in Abuja and endorsed by its National Secretary, Sir Chinedu Comrade Ogubuike, KSM, said it would hold a World Press Conference in Abuja, on Friday, 25th February, 2022, where it will proffer reason(s) why the Imo State born Minister, is the right man the APC should put forward as it’s Presidential candidate.

Hon. Nwajiuba, a former member of the House of Representatives, has not officially declared his ambition to vie for the Presidency in 2023.

Political analysts however argue that he is among major contenders for the top job, and he is in the good books of influential power brokers in the country, who see him as a bridge between the young and older generation in the country.

The Minister is 54 years old.

A long time ally of President Muhammadu Buhari, having worked closely with him right from the days of the All Nigeria Peoples Party, ANPP, to Congress For Progressive Change, CPC and now in the APC, Nwajiuba played a strategic role in the formation of the APC, having served as Secretary of the Constitution Drafting Commitee of the party.

He had vied for governorship of Imo State in the past and was recently re elected to the House of Reps, before called upon to serve as a Minister in President Buhari’s cabinet.

innonews - January 2, 2018 0
BY DAN OPARA# After an ezeship tussle that lasted for 19 years, a veteran journalist, HRH Eze Geoffrey C. Anika, KSC was on Monday, January...

innonews - August 4, 2018 0
As the 2019 governorship election in Imo State comes close, a governorship aspirant, Mrs Chidiebere Ogbuta is said to have concluded plans to dump...

innonews - March 15, 2020 0
The Enugu State Ministry of Health says it has received the result of a suspected case of Covid 19 in the State.

innonews - January 8, 2021 0
Peter Aka, a professor of Pharmacology and Toxicology, faculty of Pharmaceutical Sciences, University of Nigeria of Nsukka, has...