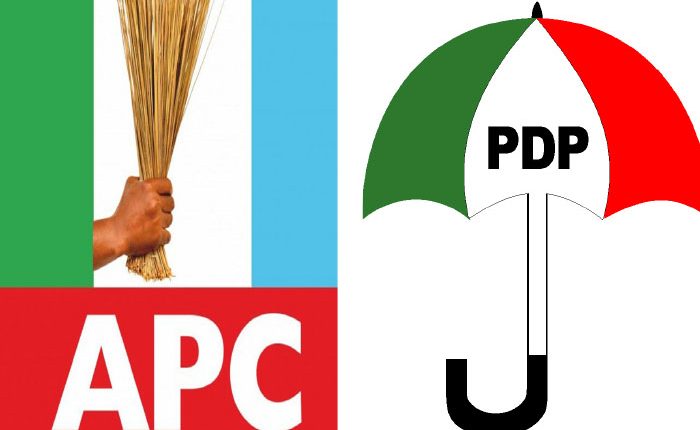 Some aggrieved chieftains of the All Progressives Congress, APC, in Imo State, have concluded plans to cross over to the Peoples Democratic Party, PDP.

Most of them are followers of former Governor of Imo State and Senator Representing Orlu zone in the Senate, Senator Rochas Okorocha.

They have been sidelined in the APC in the State, losing completely the party structure to Governor Hope Uzodimma’s political group known as Camp Hope.

Afraid of not securing nomination tickets in the new set up in the APC to seek re election in 2023, those expected to leave are six members of Imo State House of Assembly and about three members of the House of Representatives namely Hon Ugonna Ozuruigbo, Hon Paschal Obi and Hon Kingsley Uju. The trio are die hard political foot-soldiers of Okorocha.

Okorocha’s son in law, Uche Nwosu is said to be leading the defection moves which will also include some past members of the Imo State House of Assembly, ex Commissioners and aides who served in Okorocha’s government.

INNONEWS had reported recently that the Okorocha group had rounded up talks with the PDP on the defection moves.

Signs of a new political marriage had kick started at the funeral of the mother of Uche Nwosu, held at Eziama Obiaire in Nkwerrre LGA, where former governors Rochas Okorocha and Emeka Ihedioha met for the first time and engaged in talks.

The Okorocha camp had been having it rough with the Uzodimma camp in the APC in Imo State, with the latter taking full charge of the party structure.

The new political marriage between Okorocha’s followers and the PDP, is expected to add a new dimension in Imo politics ahead of 2023.

It is unclear if the they will officially defect to the PDP at a planned reception organized by the PDP in Imo State in honour of the National Secretary of the Party, Senator Sam Anyanwu.

A statement by Principal Secretary to Senator Anyanwu, said the change of date was “necessitated by certain circumstances beyond our control”

Senator Anyanwu had boasted in December 2021 that many APC members will decamp to the PDP.

The Intractable Problems Of Sorting In The Tertiary Institutions. BY DR.CHUKS...

innonews - April 20, 2018 0
Undoubtedly, there are some social, political and economic issues which often dominate public discourse. Whether in the print media, electronic or social media, these...

2023:OZP, AOUF Vow To Influence Emergence Of Next Owerri Zone...