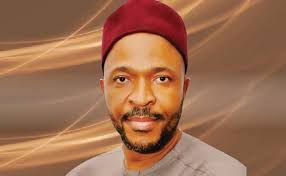 The Project Nigeria Group, PNG, says there is no change in the date for the unveiling of Minister of State for Education, Hon Chukwuemeka Nwajiuba, to run for President in 2023.

The PNG has scheduled Friday, February 25, 2022, as the day it would address a World Press Conference in Abuja, to inform Nigerians why Nwajiuba remains the right man, the APC should put forward as it’s Presidential candidate for the 2023 Presidential election.

According to National Secretary of the group, Sir Chinedu Comrade Ogubuike, KSM,  the date and venue of the event remain unchanged.

Hon. Nwajiuba, a former member of the House of Representatives, has not officially declared his ambition to vie for the Presidency in 2023.

Political analysts however argue that he is among major contenders for the top job, and he is in the good books of influential power brokers in the country, who see him as a bridge between the young and older generation in the country.

The Minister is 54 years old.

A long time ally of President Muhammadu Buhari, having worked closely with him right from the days of the All Nigeria Peoples Party, ANPP, to Congress For Progressive Change, CPC and now in the APC, Nwajiuba played a strategic role in the formation of the APC, having served as Secretary of the Constitution Drafting Committee of the party.

He had vied for governorship of Imo State in the past and was recently re elected to the House of Reps, before called upon to serve as a Minister in President Buhari’s cabinet.

innonews - April 2, 2020 0
The lockdown in Imo State, aimed at curtailing the spread of coronavirus pandemic seems to be biting hard on Imolites as...

innonews - July 18, 2018 0
The Imo State House of Assembly has served a notice of impeachment to the State Deputy Governor, Prince Eze Madumere. The Notice was served on...

innonews - May 28, 2019 0
Staying focused with an eye to achieving the key objectives of the Rebuild Imo Agenda has been...