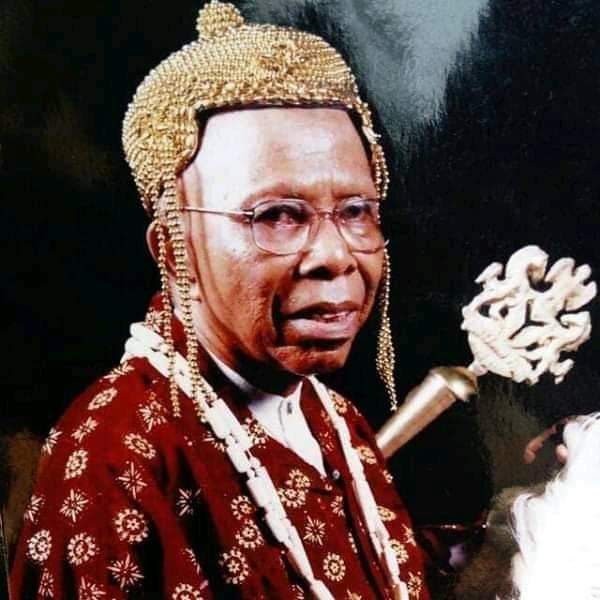 Martin Luther once said and I quote; “Injustice anywhere is a threat to justice everywhere”.

I have received a lot of calls from eminent and notable sons and daughters of Ogwuaga Abba autonomous community, Nwangele Local Government Area of Imo State over the step down of the Staff of office that would have illegally been given to Chief Obinna Akwiwu by the Governor Hope Uzodimma on Friday 4th February, 2022 when the Governor issued a staff office to over fifty monarchs across the State.

As you are aware, the wonderful people of Ogwuaga Abba Autonomous Community in Nwangele Local Government Area of the state overwhelming elected Chief Okezie Chikere Akwiwu as the Eze Elect of the community on Sunday 30th August, 2020 as it’s traditional ruler to succeed late Eze Justice GGI Ojiako who died in 2017 and was buried in 2018.

After the death of the late Monarch, Eze Justice GGI Ojiako, the traditional stool of Ogwuaga Abba autonomous community became vacant, hence the need to lookout for a worthy successor that will pilot the affairs of the people of the community.

Let me also bring to the notice of the reading public that before the demise of Eze Justice GGI Ojiako, the Ohamadike 1, had already informed his people through a letter he signed and published to the 15 kindreds that made up of Ogwuaga Abba autonomous community that the Ezeship stool shall rotate between the two sub towns of Dimagu and Dimuhie and that it shall be by individual merit, which is to say that, whoever the people wants from the part of the community that is to produce the next king shall be crowned Eze Ogwuaga and as God Almighty will have it, it was generally accepted by all the kindreds that made up Ogwuaga Abba Autonomous Community. This fact is verifiable!

In a bid to ensure that the process to install a new king followed the due process, a year after the burial of the late traditional ruler of the community, various kindreds that make up the Dimuhie extraction began to select amongst them who will represent them or the entire Dimuhe extraction if generally accepted by all and sundry. Umuogbu, one of the kindreds that make up the Dimuhie extraction, in their wisdom met with Chief Obinna Akwiwu to seek that he vies to succeed late Eze Justice GGI Ojiako. Lo and behold, he vehemently rejected the offer and gave countless reasons for his rejection part of which was his health condition.

It may interest you to know that it was Chief Obinna Akwiwu who recommended his younger cousin, Chief Azubuike Akwiwu who as at that time was the outgoing President General of Ogwuaga Abba Autonomous Community but the people rejected him based on his antecedents.

In the search for a worthy successor, the elders and leaders of the Umuogbu Kindred sent a delegation to Chief Okezie Chikere Akwiwu who for more than 10 years prior two had consistently shown immense love to the people of the community through his general disposition, demeanour and philanthropic gestures to the downtrodden in the community. He pleaded with them to give him time to consult and discuss with his family and his eldest brother, Chief Obinna Akwiwu before he will give a response.

As part of that consultation, Chief Okezie Akwiwu engaged his eldest brother Chief Obinna Akwiwu who told him point blank that he has no interest in the Ezeship stool of Ogwuaga Abba Autonomous Community, a fact that the latter does not deny till this day.

Following the consultations, Chief Okezie Akwiwu, gave his consent to the elders and leaders that approached him.

Three months after that, Umuogbu kindred held a meeting which was very well attended even by those living outside the country where the issue of the Ezeship stool was discussed. Chief Obinna Akwiwu was also in attendance. The meeting unanimously adopted Chief Okezie Akwiwu as the kindred’s candidate for the Ezeship stool. Prior to formal adoption, the kindred chairman asked if there were any dessenting views to which there was none. At the meeting, Chief Obinna Akwiwu donated N280,000 to ensure the massive registration of Umuogbu sons in readiness for the ezeship elections.

Going forward, a letter came from Nwangele Local Government Council to Ogwuaga Abba Autonomous Community indicating that His Excellency Governor Hope Uzodimma had directed that all communities without Ezes should produce one in two weeks else an Eze will be appointed for them.

It is on record that Ogwuaga Abba Autonomous Community is one of the communities that is massively supporting the shared prosperity government. The people of Ogwuaga Abba subsequently moved to adopt the report of the Committee they had earlier set up to come up with modalities for the selection of an Eze and elections were subsequently held.

Out of the 15 kindreds that make up of Ogwuaga Abba Autonomous Community in Nwangele Local Government Area, Chief Okezie Akwiwu won 11 and was declared the winner and the Eze Elect of the community.

Mr Njoku Macdonald Obinna in his trash of a write up, threw caution to the wind to the extent of insulting the memory of Chief E.C.Akwiwu SAN, MA,LLB (CANTAB), Odokara Omee, Ukeje of Abba by suggesting that he could not put his son Eze Elect Okezie Akwiwu, through school! How sad? In reality Chief E.C. Akwiwu (SAN) trained all his children and even trained his grand children by Chief Obinna Akwiwu up to their university education in the United Kingdom.

Mr. Njoku Macdonald Obinna has actually shown himself to a quack in the journalism profession, if not, what made him to address Chief Obinna Akwiwu as the Eze Elect of Ogwuaga Abba Autonomous Community when no one elected him, which he is very much aware of and that the people’s choice and Eze Elect is very much active and has never shown sign of weakness.

There was wild jubilation in the entire Oguwuaga Abba Autonomous Community when news filtered through that Chief Obinna Akwiwu was not given the staff of office. Traditional dancers hired from outside Ogwuaga, since they could not get Ogwuaga people to perform for them, hastily packed up and left. Traditional nkpa n’ala positioning around the community were removed while beer parlours and peppersoup joints all over Ogwuaga were agog.

It is on the strength of the above submission that I think that Mr. Njoku Macdonald Obinna and his paymasters should know that destiny can be delayed but can never be denied. Eze Elect Okezie Akwiwu and Ogwuaga people will never be deterred by the forces of darkness that are fighting to deny them their choice of traditional ruler.

From what I have highlighted so far, anyone with good conscience should know that His Royal Highness, Eze Elect Okezie Chikere Akwiwu is the authentic Eze Elect of Ogwuaga Abba Autonomous Community.

Finally, let “justice that is meant to serve all, guide Governor Hope Uzodimma in his decision and I strongly believe he will allow the wish of the people of Ogwuaga Abba autonomous community to prevail in this matter.

Evang. Kelechi Uzomah is a practicing journalist and a pubic affair analyst based in Owerri, the Imo State Capital.

innonews - June 20, 2017 0
Real Madrid President, Floretino Perez has revealed why the Los Blancos failed to sign Lionel Messi. Messi has been at Barcelona since he was 13,...

innonews - September 9, 2019 0
Russian billionaire and owner of Chelsea Football Club, Roman Abramovich, is not shy to dip deep into his pockets when it comes...