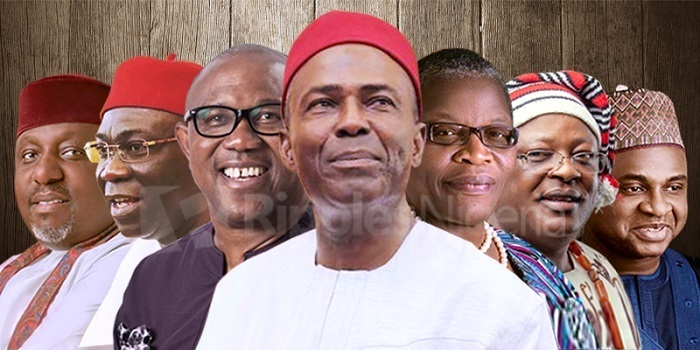 Though power is taken and not given, the idea of survival of the fittest as power-obtainment, ploy greatly impinges on pragmatic equity in power rotation in the multifaceted geopolitical divides in Nigeria. It fans the embers of domination and marginalization of some segments over others and thus the major cause of various agitations across the country by the marginalized and minority groups. The worst is with the Igbos/Southeasterners that are today punitively vanquished and marginalized in memory of their secessionist attempt that ended in “no victor, no vanquish.” But if truly “the war” has ended and with ‘no victor, no vanquish,’ why are Igbos marginalized still half a decade after the war?

How can Igbos/Southeasterners be assuaged? How can the wounds of the war be healed? How does Nigeria intend to prove to Igbos/Southeasterners that the ‘no victor, no vanquish” declared after the war and the acclaimed national oneness of all geopolitical divides (as a federated State), when obvious institutionalized marginalization permanently denies them reach to the apex leadership positions of the country?

Come 2023 and in accordance with the gentleman’s agreement among the Southern and Northern Nigeria in 1998, power must rotate to the Southern Nigeria, and since the Southwest and South-South have taken their own shots to the Presidency since 1999, “to-be-and-not-to-be” is the question. Will a South-easterner be the next President of Nigeria or not? What do Igbos need to do? What are the prospects and challenges facing the project of the Nigerian President of Igbo extraction come 2023?

At the onset of the Fourth Republic, the Igbos fluffed a golden opportunity to produce a Nigerian President of Igbo extraction when they betrayed the late Alex Ekwueme at the PDP convention in Jos in 1998. At that time, he was in a pole-position to emerge as the PDP Presidential candidate in the run-up to the 1999 Presidential election. Had he won that PDP Presidential ticket, he would have become the president of Nigeria as PDP was the most formidable political party in Nigeria, but his Igbo compatriots who were top members of PDP sold him down the river for pecuniary and selfish reasons. Should this intra-ethnic hatred spring for any reason come 2023, the dream of a Nigerian President of Igbo extraction or from the Southeast will be impossible to realize.

In 1999, the presidential tickets of apex political parties were concentrated in the Southwest in order to placate the Abiola’s denial. Thus, the tickets were for Olusegun Obasanjo (PDP) and Olu Falae (AD and APP). In 2007, the elections were mainly for Musa Yar’Adua, Nuhu Ribadu and Muhammadu Buhari etc, albeit there were some other zones that featured candidates from their side in other political parties. In 2019, the election was mainly between Buhari and Abubakar Atiku. So in 2023, it should be between Southerners and precisely from Southeast.

Despite the existence of the Federal Character Commission and the insistence that federal positions be shared on federal character basis, gross inequality heralds the Igbo existence in the Nigerian polity. There are institutionalized imbalance in the numbers of States in the Southeast geopolitical zone, in the numbers of Senatorial and House of Reps seats, Local Government Councils, Wards and Polling Units, etc., in the Southeast compared to the other 5 zones. Given these facts, I ask, since there was ‘no victor and no vanquish’ after the Biafra secessionist war, why are the constitutional rights of Igbos denied them? How does Nigeria intend to heal the wounds of the civil war?  The list of these imbalances is numerous and thus a central part of the rationale for agitation.

Now, it is time again to heal the wounds of the past and affirm our national oneness, the 2023 President must return to the Southern Nigeria, and since the Southwest and South-South have had their turns in the presidency, it is the turn of the Southeast to produce the Nigerian President. But then, what does this imply and demand?

Certainly, for Igbos to realize the vision of the Nigerian President of Southeast extraction come 2023, they should be able to be part of any major and serious-minded political party that is featuring presidential candidates. This has been emphasised by prominent Nigerians from Igbo and Yoruba lands. Most conscientious Nigerians from other tribes, like the former Aviation Minister, Femi Fani-Kayode strongly supports the move but urges the Southeast leaders to reach out to their colleagues in other zones and southern Nigeria to make the quest a smooth sail.

This implies that the Southeast Nigeria has to form a formidable unified front that reaches out to and bargain with other zones, ethnic groups, political blocks, etc. As the Danish philosopher Soren Kierkegaard said, “No venturing, no gaining.”] This according to Ebere Onwudiwe “requires building a strong and expansive nationwide coalition across the country to shake off the excessively individualistic pursuit of that highest office in the country. The place to start is at home, specifically, with consolidating the support of the Igbo nation all over the country and building a fresh strong bridge between constituents and their immediate neighbors in the South-South.” More so, the idea of Igbo enwe Eze, which is a by-product of its over-individualized and equivocal republicanism, must be eschewed. Everybody must not lead or express interest, neither must any interested politician and political bloc see itself as a conditio sine qua non nor play the spoiler-political gimmickry.

Power is taken by dogged efforts not given. Thus, for the Southeast’s target on the 2023 presidential election to be actualized, Igbos must field ‘unique kind of men’ who can withstand the strife for power or there will not be a Nigerian President of Igbo extraction. It is on this note that I concur with Tochukwu Ezukunma’s view that “to expect the emergence of an Igbo president because it is the turn of the Igbo (for the sake of justice and equity) to produce the next president is starry-eyed nonsense.” Dr Ugoji Egbujuo used the actual word, “The Igbo cannot become the whining nation. We must shed the victim mentality of political passivity, negative thinking, helplessness, pessimism.”

Similarly, the leadership of all the apex political parties in Nigeria has to produce their presidential candidates from the Southeast and out of the many and based on the strength of the party, Nigerians would make choice on who rules them come 2023. This practice is not alien in Nigerian politics. It is practiced in every electioneering era amongst every three blocs or senatorial zone in each State of the federation, in their choices of the governorship candidates and to ensure equity in power rotation amongst component senatorial zones of the State. Without power rotation amongst the senatorial blocs in every State, one or two zones shall continue to dominate others against equity and fairness. This has saved and helped advance democracy in Nigeria since 1999, mostly in the State’s level,

innonews - July 3, 2020 0
Despite the order of the Federal High Court, Owerri, which reinstated Local Government Chairmen and councilors elected during the reign of former...

innonews - March 15, 2022 0
BY CYNTHIA ONWUEGBU Residents of Owerri and environs, were badly hit by power outage on Monday which continued on...

innonews - September 21, 2017 0
President Muhammadu Buhari is expected to leave New York, USA for London, UK where he is to see his doctors. The Nigerian leader had addressed...

innonews - November 18, 2017 0
The refusal of the Imo State University to offer admission to the daughter of one Mr.Chukwuemeka Ezeji(Esq)  to study law in the institution has...