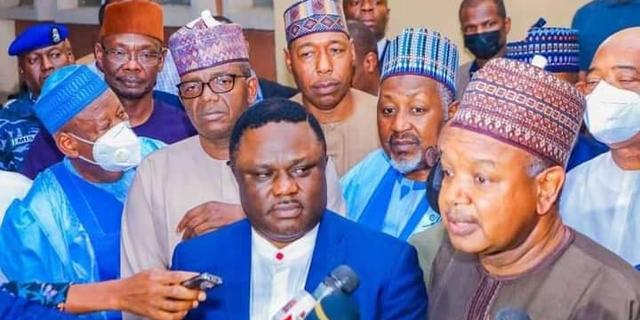 The much talked about National Convention of the governing All Progressives Congress, APC, has come and gone.

The consensus approach to select members of the National Working Committee, NWC, of the party has however continued to raise some dust despite its seeming success.

The consensus option was the sole idea of President Muhammadu Buhari, a method or strategy, he used to get his choice, Senator Abdullahi Adamu, as National Chairman of the party.

Despite the misgivings expressed by some party chieftains over the resort to consensus to choose NWC members at the National Convention, there are emerging indications, that the consensus approach would also be used to select candidates for various elective positions during the primaries.

While this remains unclear at the moment, analysts and political observers contend that President Buhari has just succeeded in introducing a new dimension in the APC, with its possible attendant consequences.

Fred Ibe, a political analyst said as workable and feasible the consensus approach seems to be in selecting NWC members, it is a dangerous precedent capable of breeding disharmony in the long run in the party.

“The President has set a precedent. An unpalatable precedent. The resort to consensus appears workable on the surface, but it has its demerits and serious disadvantages.

With State Governors in charge of the party structure in their various states, there are growing fears that they may equally use the consensus option to select their choice candidates during primaries.

State Governors are swarmed by a large horde of loyalists and political loyalists who seek for one political patronage or favour from them. And party primaries, most times place them at crossroads.

In less than a month, the APC is expected to hold primaries where candidates will emerge.

innonews - June 10, 2020 0
Senator Samuel Anyanwu (Sam Daddy), who represented Imo East in the senate, may be handed over the leadership...