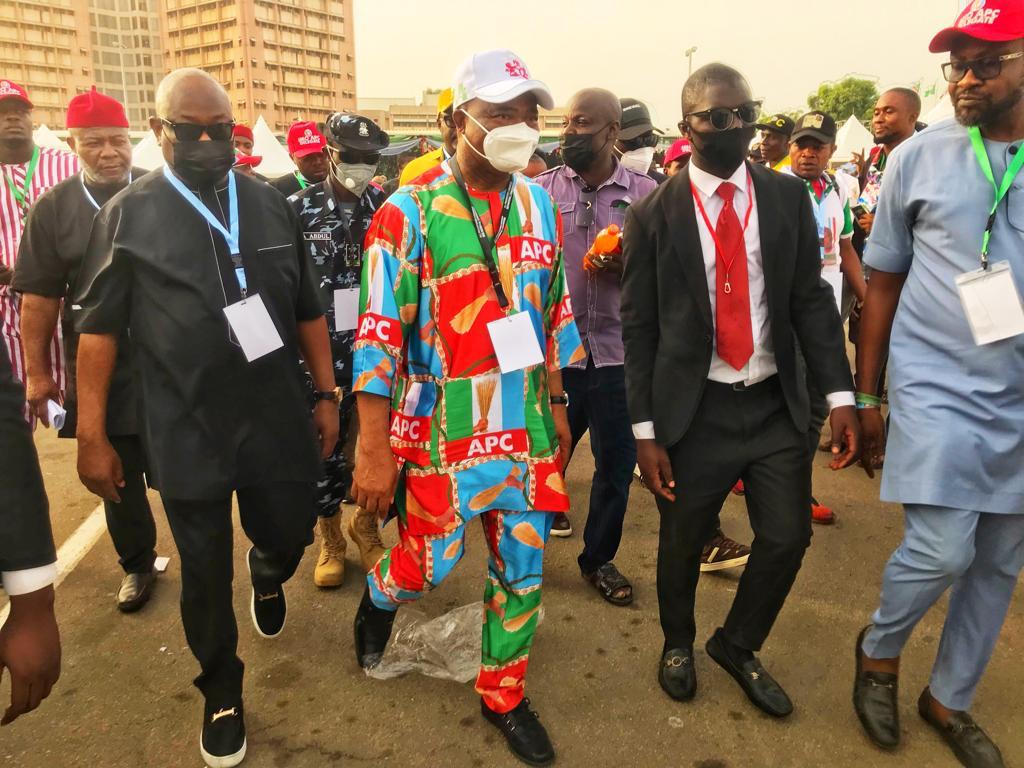 Imo State Governor, Senator Hope Uzodimma and the Chairman, Technical Committee of the 2020 All Progressives Congress, APC National Convention has described the atmosphere at the Eagles Square, FCT Abuja, venue for the convention as a textbook example of democracy in action.

The Governor who spoke earlier to the media, expressed delight that all arrangements and activities around the convention are on top gear, signaling the commitment and dedication of the members and leadership of the party to elect a new National Working Committee (NWC) to saddle the activities of the party.

“As you can see and witness, members of the party are in very high spirits and it simply shows that democracy is at work in the All Progressives Congress”, he said.

The sea of heads, colourful and the sonorous environment at the convention arena goes to buttress the point countlessly made by Gov. Uzodimma, that the APC remains the party to beat come 2023 general elections as well as being the largest political party in black Africa.

innonews - August 7, 2019 0
Portfolios have been assigned to newly sworn in Commissioners by Imo State Governor, Hon.Emeka Ihedioha. Ministry of Justice-...

innonews - February 23, 2020 0
With the funeral of Senator Benjamin Uwajumuogu over, the race for Okigwe Senate seat (Imo North), has been blown open.