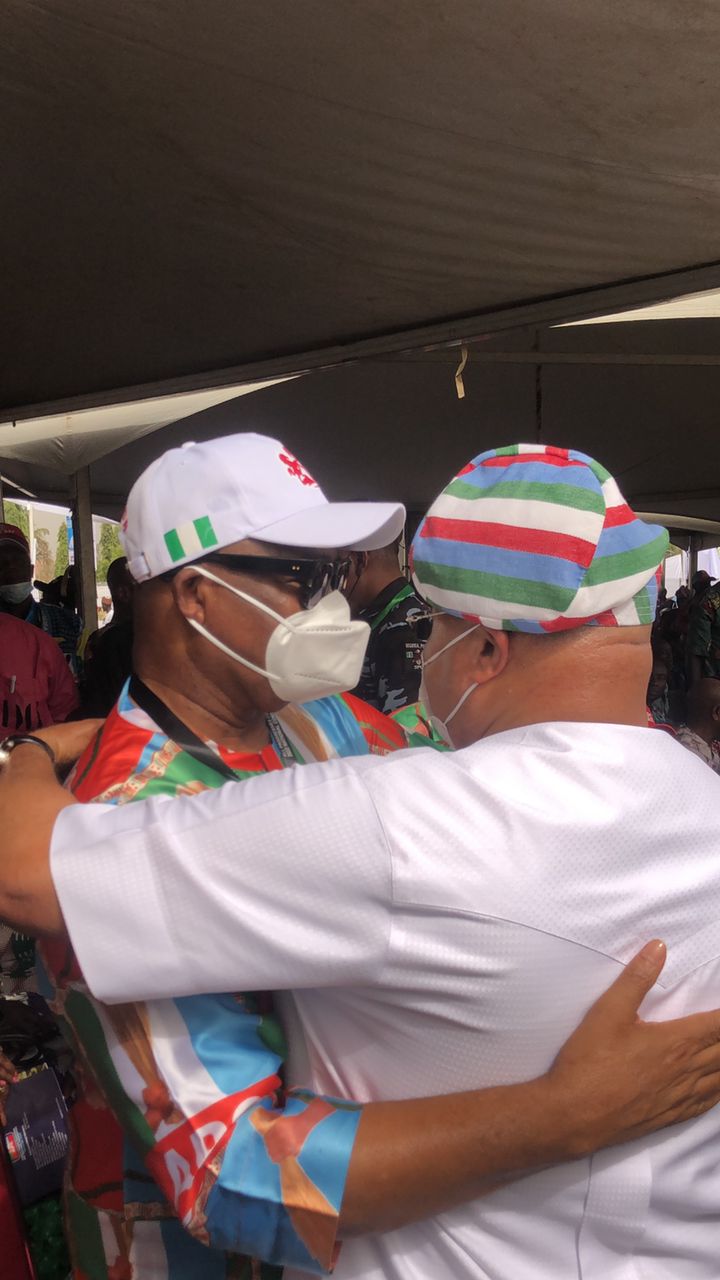 A mild drama took place at the Eagles Square, Abuja, venue of the National Convention of the All Progressives Congress, APC.

Former Governor Ikedi Ohakim had also exchanged banters with the Governor having come with the Imo contingent as as a statutory delegate.

But it was a different ball game for former Imo State Governor, Senator Rochas Okorocha, who rather avoided the Imo delegates Stand at the convention venue.

Okorocha and his supporters, who arrived the Eagle Square, around noon moved form one pavilion to the other, acknowledging cheers from delegates, especially those from the Northern part of the country.

His smile dimmed on getting close to his home State’s stand, where Governor Uzodimma was addressing Imo delegates.

After concluding his greetings with other delegates from other States, he never returned to sit with Imo delegates

Our Welfare Before Politics

innonews - July 22, 2017 0
Two issues will dominate this discourse. I believe it is premature we allow politics of 2019 to dominate far more important issues that affect...