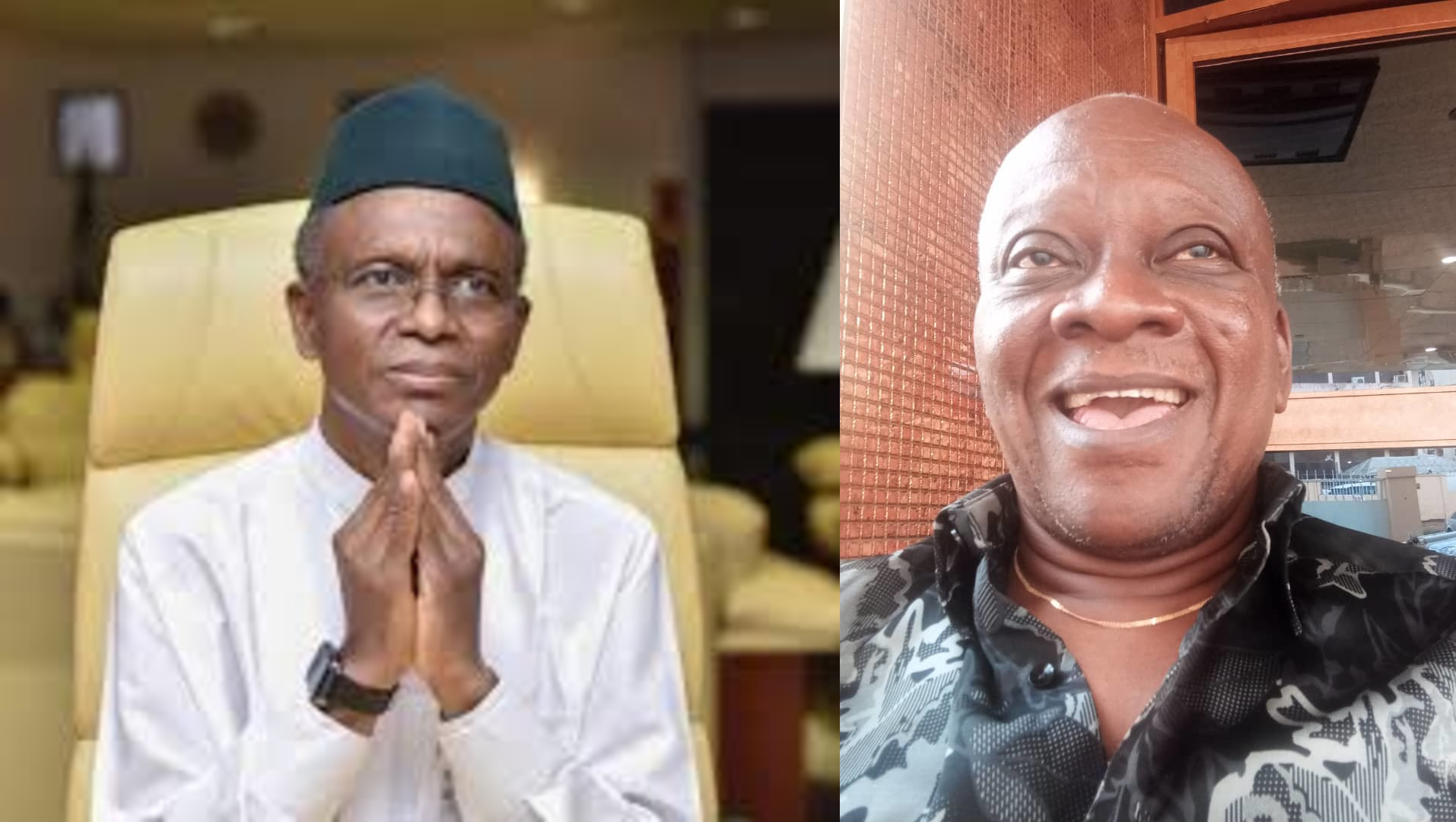 In a statement sent to INNONEWS, Ajumbe accused El Rufai of attacking Buni because he (El Rufai) is nursing a Vice Presidential ambition.

Ajumbe said El Rufai, during the Channels tv interview, also misquoted the Constitution of the APC on zoning of the National Chairman and the President.

“APC Constitution says that the National Chairman shall not come from the same zone. What it means here is an “elected President and not a presidential candidate”

“Simplified that when the President is elected, the National Secretary from that zone which produced the President shall resign and the position goes to the other zone.

“I guess he may be projecting a Presidential aspirant from the South who may have agreed to make him his Vice Presidential candidate because H.E El Rufai does not ‘bark’ in vain.

He said El Rufai did not support Buni and the APC Caretaker Commitee.

“El Rufai was silent during the leadership of His Excellency, the Governor of Yobe State and Chairman, APC Caretaker Commitee and I believe he did not support him. El Rufai is not a member of the APC Caretaker Commitee or it’s spokesperson and does not have their mandate to talk on the zoning of the party’s positions or on such official issues.

“He used hard words on his brother, H.E Mai Mala Buni as if they are in a boxing ring by using such hard words which suggest he is incompetent, selfish and intentionally tried to destroy APC.

He said the Kaduna State Governor maligned Buni, over the issue of a court order in November 2021, saying the “Buni Commitee made up of respected and responsible Nigerians might have viewed it as inconsequential….

Ajumbe accused El Rufai of ‘portraying H.E Mai Mala Buni, as being incompetent not minding the resultant damages it will cause him, especially in his home State of Yobe”

He advised the newly appointed APC National Chairman, to be “careful with those ambitious Governors and persons with selfish interests. Some of them who lost out in Mai Mala Buni leadership have now regrouped to appropriate the new leadership”

He advised the new party Chairman, to endeavour to legitimize his position by covening an emergency meeting of the APC.

We Are Determined To Make Imo People Happy- Happiness Commissioner

innonews - April 27, 2018 0
The Imo State Commissioner for Happiness and Couples Fulfillment, Mrs Ogechi Ololo has said her Ministry is determined to make the people of Imo...

innonews - April 29, 2020 0
By Ralph EJIMKONYE, ABUJA Imo State is among 13 states not listed  by the Federal Government as beneficiary...

innonews - February 4, 2022 0
The Confederation of African Football (CAF) has approved the Moshood Abiola Stadium, Abuja, as the home ground of the Super Eagles during...