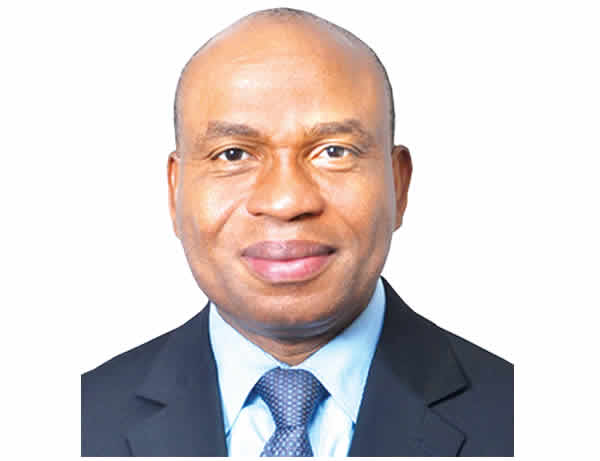 A former principal investigator of the study of the brain in the space programme of the United States National Aeronautic and Space Administration, Prof Philip Njemanze has advocated what he called the “African Peace Plan” to stop the Russia- Ukraine conflict.

He said: “First, African Union (AU) should declare non-alignment in the emerging bipolar post-Cold War world with NATO (North Atlantic Treaty Organisation) on one hand and the alliance of Russia-China-India, who are in the majority of the world, on the other hand. The non-alignment of the AU allows it a strategic role as the world’s peacemaker, who can de-escalate the current conflict. The age-old African tradition of conflict resolution by impartial intercessory negotiations could best serve the interest of world peace at this time. The major goal should be de-escalation, because there is a real risk of a nuclear conflict between opposing nuclear powers. Although much has been said about Russia versus Ukraine, in practical terms, it is a conflict between Russia and NATO’s expansion eastwards.

Proposing how African leaders can de escalate the conflict, Njemanze, an Imo State based neuroscientist, said “The focus should be on saving lives of both Ukrainians and ethnic Russians who live in the break- away republics called Donbas. The AU peace plan should, among other issues, include: Immediate cessation of  conflict in civilan areas, allowing creation of UN Humanitarian tents and corridors so that people who stay in these tents and pass through these corridors to neighbouring  countries are safe, adoption of all UN rules of war engagement, including respect of the rights of prisoners of war, non implementation of weapons of mass destruction, including massive bombs. Cluster bombs, chemical or bacteriological attack, avoiddnace of zones of location of nuclear power plans from any bombing campaign, and non first use of nuclear or atomic weapons”

When this African peace plan is ready, how would it be implememted? Njemanze answered “The AU Peace Plan will offer the world hope at this time when drums of conflict are beating from all capitals in the East and West Peace emissaries would be dispatched to the Russian, European and American capitals. President Muhammadu Buhari could be mandate to meet with President Putin to discuss the African Peace Plan. President Cyril Ramaphosa of Southh Africa could be dispatched to U.S to meet with President Biden and the UN Secretary General Antonio Guterres. President Abdel Fattah Saeed Hussein Khalili el Sisi of Egypt could be dispatched for talks with NATO Secretary General Jens Stoltenberg. Other African  leaders at the AU headquarters could hold a virtual meeting with the Ukrainian leader. The African Peace Plan could be raused at the UN Security Council for adoption”

“The second phase would involve: ceassation of armed conflict in cities and civilian areas, with demilitarization of those civilian areas, ban of third party military intervention, free shipment of humanitarian aid, restoration of water, electricity and sanitation in cities in Ukraine and Donbas; return of refugees and removal of sanctions of all sanctions against Russia after signing of the peace treaty.

Njemanze, who studied medicine in Russia and did postgraduate programmes in Germany, England and the U.S., further said: “The third phase of the African Peace Plan aims at a peace treaty. The aim is to achieve a peace treaty between Russia and Ukraine. The African Peace Plan would seek to provide the security guarantees for Russia at the same time as asserting the independence of Ukraine. This can be achieved with vital roles played by the UN and NATO. This would eventually lead to withdrawal of Russian troops from Ukraine and restoration of peace.”

Would this intervention by African leaders be welcome in Europe and America? Njemanze said: “Well, among the warring parties there must be peacemakers in the world. The African leaders must step up now to stop this conflict before it escalates into nuclear exchanges. There is a high risk of a Third World War that would include the use of nuclear weapons. This will obliterate human civilization, including in Africa. It is an urgent matter of great national security interest.”

Araraume: “By The Grace Of God, I M The Next Governor...

innonews - July 18, 2017 0
Serial Imo State governorship aspirant, Senator Ifeanyi Araraume, has said by the special grace of God, he will be the next Imo State Governor. Araraume...

Imo Guber: But David Was King Saul’s Son In Law And...

innonews - January 23, 2018 0
The moment I posted a short piece on my Facebook wall few days ago with the caption, “BUT DAVID WAS KING SAUL’S SON IN-LAW AND...

innonews - June 19, 2021 0
I took keen interest on the visit of Owerri Municipal leaders to Governor Hope Uzodimma at Government House,...

2023:’Why APC, PDP Will Not Concede It’s Presidential Tickets To South...

innonews - June 23, 2020 0
The South East geo political zone is on the verge of losing out in the 2023 political calculus if ongoing political development...

innonews - September 26, 2017 0
Uncertainty now looms for the Imo State chapter of the Peoples  Democratic Party PDP as stakeholders in the camp of Senator Hope Uzodinma may...