Home Politics Nzuko Owerre Sues For Unity Ahead Of 2023, Vows To Protect Common... 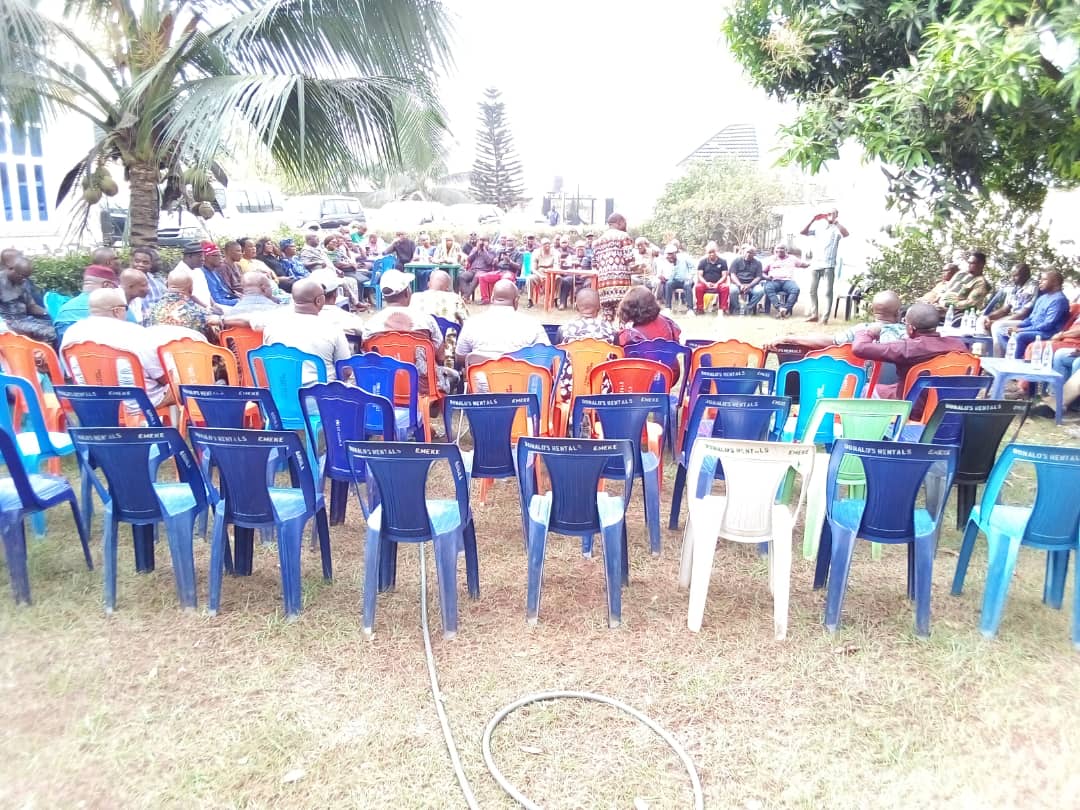 Nzuko Owere, an apex socio-cultural Association of indigenous people of Owerri Federal Constituency made up of Owerri North, West and Municipal met at the weekend to brainstorm on the future of the area both in the arena of politics, security, economy, peace and general development of the people.

The well attended meeting was moderated by the former House of Assembly member for Owerri North, Hon. Dan Ikpeazu who also was the host.

The theme of discussion is the need to awaken the consciousness of people of the area in good number to participate in electoral processes that will produce credible, resourceful and quality candidates suitable to meet the yearnings and aspirations of the constituency.

According to Ikpeazu, the Association was founded in 2013 to harmonize ideas on how to create enabling political environment that will usher rapid development of infrastructures and human capital. “Nzuko Owere has no affiliation to any political party or individual, our goal is to come together as a people with common heritage and pull in the direction that will give benefit to our land as the highest stakeholders in the state project by virtue of losing all our landed properties to the government. We are concerned with transforming the Federal Constituency through good and quality electoral representation that will ensure the protection of the rights and privileges accruable from federal and state institutions occupying our land”, he stated.

Part of the resolution was to ensure that the Association will not rise and fall to the dictate of politics, but to remain consistent and focused in tackling other serious issues concerning the peace, security and unequal distribution of opportunities to the Federal Constituency which is described as the hen that lays the golden egg.

Members who spoke at the meeting emphasized the fact that every development revolves around politics and insisted that when the right political decision is made in choosing a good candidate, that other things will fall in line. They therefore urged the people of the Federal Constituency to take more than cursory interest in matters of politics.

Central to what the speakers emphasized is the need for unity and display of brotherhood irrespective of the political inclination of any person. This they said can lead to the constituency effectively recalling a none performing representative elected on the platform of any party.

The Association agreed to discuss issues around future aspirants wishing to be elected by interfacing with them and scoring them.

Secretary of the Association, Chief Nze James Chinonyerem JP, after giving summary of activities of the body charged the three Local Government Coordinators to establish community Liaison Offices that will be a source of communication between the LGA and the grassroots. The coordinators are Chief Eze Ihenacho, Ken Ibemere and Chuks Ogundu for Owerri North, West and Muncipal respectively.

Many speakers commended the new found spirit in the members and called on the leadership to engage in more pro-active efforts to address other issues lying outside immediate politics.

Highlight of the meeting was the setting up of a five-man strategic committee charged with ensuring that the constituency gets its fair-share of Corporate Social Responsibility packages from federal and state institutions in the area as well as ensuring the prevalence of peace and harmony among host communities and their corporate tenants as well as defending the interest of the area at all levels. Members of the committee are Prof. Alex Opara, Chief Dr. Charlie Ejiogu, Chief Dr. Elvis Anumudu, Chief Victor Osuji (Baba Ukwu electronics) and Dr. Barrister Gill Ihebom.

innonews - July 6, 2017 0
Nigeria striker, Kelechi Iheanacho has been included in Manchester City’s pre season squad to the United States despite reports linking him away from the...

innonews - September 5, 2018 0
Ghanaian queen actress, Juliet Ibrahim has opened up on how she was body-shamed and called all sorts of names. In a post she shared on...