Home Politics Alex Mbata: I M The Most Reliable To Represent Owerri Zone At... 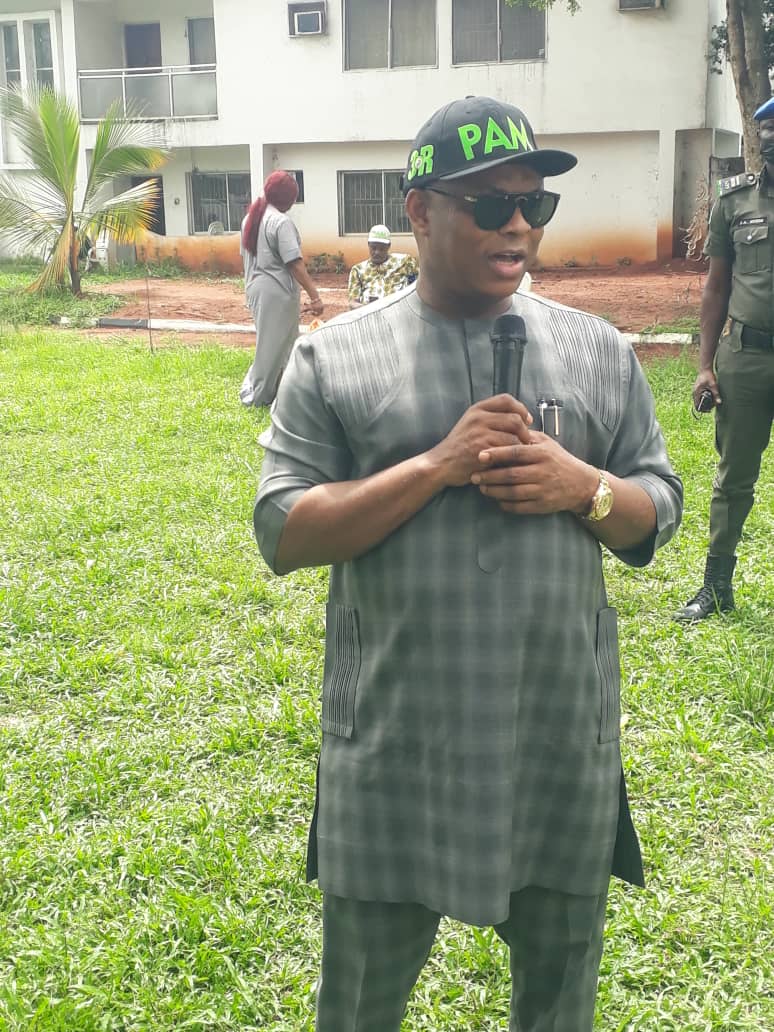 Business mogul, Prince Alex Mbata, has assured the good people of Owerri zone, that he is the most trusted and reliable person to represent the zone in the Senate.

Mbata is a major contender for the ticket of the All Progressives Congress, APC for Owerri senatorial zone.

He made the declaration when he spoke to members, stakeholders, and chieftains of the All Progressives Congress, APC in Nwaorieubi, Mbaitoli, on Thursday, April 21.

“My brand of politics is not war. I have not come here to run down anyone. I am the most reliable and trustworthy person to represent you in the Senate.

“If I m considered the best, send me to represent you to the Senate” he told a jubilant crowd of APC members.

Mbata was also hosted by the former Imo State Chairman of the All Progressives Congress, APC, Prince Marcellinus Nlemogbo, a native of Mbaitoli, at his country home in Mbieri, where the former party boss, encouraged the business mogul not to deter in his aspiration.

Speaking to hundreds of party members at Eziama, Ikeduru LGA, the Philanthropist said “I have not come to say I m the best, but I know I have the best programme for Owerri zone. I offer myself to you because I m the most reliable person to represent Owerri zone in the senate.

Another top politician in Ikeduru LGA, Prince Charles Amadi, popularly called Chavon, recalled his relationship with Prince Mbata, which he said, dates back 15 years ago.

“I knew Dr Mbata in Port-Harcourt 15 years ago and since then, we have remained very close and good friends” Amadi told a joyous crowd of party supporters who came out to listen to Prince Mbata.

In his remarks, the Chairman, Prince Alex Mbata Divine Movement, Chief Henry Njoku, (Harritex), enumerated the contributions of Dr. Mbata to the infrastructure development of the State via construction of roads in some parts of Owerri zone.

He also recalled his contributions to the state government in the fight against Covid 19, which signposts his commitment to the betterment of the people irrespective of political affiliation.

“He is a good man. And I can vouch that he will live up to expectations at the Senate, if we send him to the Red Chambers.

“He is a performer, tested and trusted with passion for the people of the Owerri Zone” Njoku said.

I Have Not Dumped APC- Kwankwaso

innonews - August 15, 2017 0
Former Kano State Governor, Rabiu Kwankwaso has denied reports that he has quit the All Progressive Congress, APC for the Peoples Democratic Party,PDP. He described...

innonews - May 8, 2022 0
Former Imo State Governor, Ikedi Ohakim, has joined the race for Okigwe (Imo North) Senatorial election on the platform of the All...