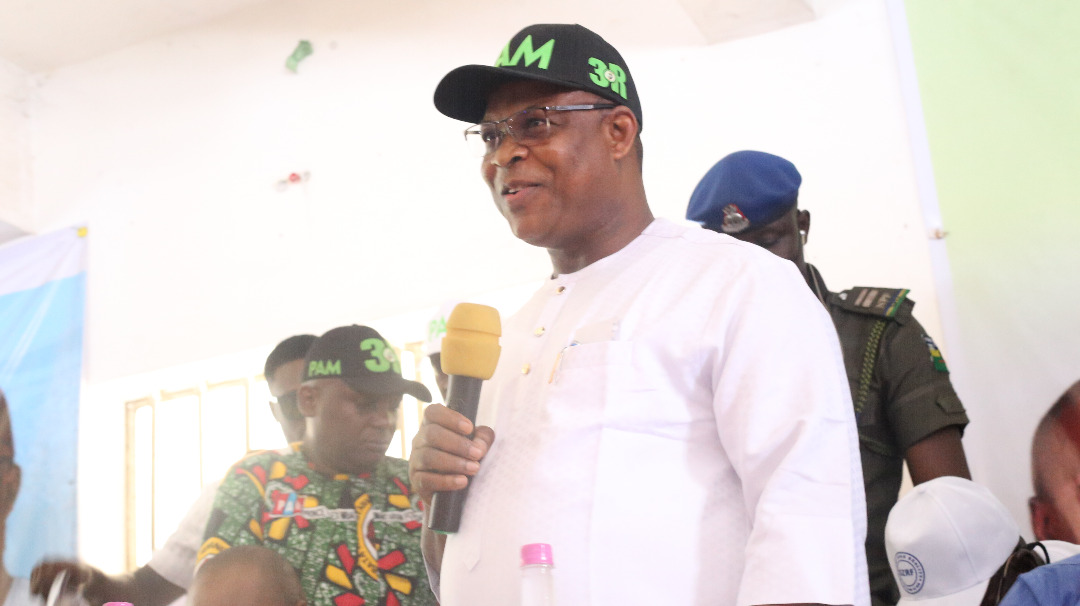 The race for Owerri Zone Senate has taken a new dimension, considering the influx of interested aspirants who have plunged into the contest. Political observers contend that Owerri Zone senatorial contest will be the most keenly vied for.

The quality of aspirants, who have thus far, signaled their intention to represent the good people of the zone in the Red Chambers, is a clear indication of a tough battle ahead.

However, the declaration of business mogul and philanthropist, Prince Alex Mbata, for Owerri zone senatorial seat on the platform of the APC, has raised the tempo and intensity of the contest.

Mbata, well known for his numerous philanthropic activities through his PAM Foundation, targeted at the vulnerable, has emerged the major contender and front runner in the contest, because of his pedigree, political size and might.

Those who are familiar with emerging dynamics in Owerri zone politics, argue that Mbata’s declaration, has changed the shape and colouration of the Senatorial contest in the zone.

ABM or PAM, as fondly called by his multitude of loyalists and die hard supporters, has clearly and undoubtedly, emerged the only aspirant with the ability to lead the APC to victory in Owerri zone, if he emerges the party’s senatorial candidate.

Indeed, the APC in Owerri zone has a herculean task, a mountain to climb, if it is serious in snatching victory from the jaws of the PDP in the Zone.

To achieve this task, it has to ensure that a candidate capable of demystifying the PDP emerges its senatorial candidate for Owerri zone.

One of the strongholds of the PDP in Imo State is Owerri zone and if the APC must dislodge the PDP from the Senatorial seat, it is imperative the ruling party put forward a winnable and sellable candidate.

The PDP has produced four Senators for Owerri zone since 1999.They are: Eze Ajoku who completed the tenure of Late Amah Iwuagwu, Chris Anyanwu, Sam Daddy Anyanwu and Ezenwa Onyewuchi.

This underscores the potency and strength of the party in the zone. And for the zone to be liberated from the grip of the PDP, the APC must shine its eyes and present a candidate, with the firepower to snatch Owerri Senate seat from the PDP and completely end its reign in the zone.

The Imo State APC Chairman, Mr. Mac Donald Ebere, when addressing party faithful at Mbata’s official declaration for Owerri zone senate at the State Secretariat of the party, perhaps conscious of this development, said the APC will shop for a candidate with a winning mentality for Owerri zone. And among all the aspirants in the party vying for APC Owerri zone Senatorial ticket, Prince Mbata perfectly fits the State Chairman’s description of the candidate the party is in search of.

These three attributes outlined by the party Chairman are pivotal to the success of the APC in the race to capture Owerri zone Senate seat.

Mbata is the only aspirant among the lot vying for the APC Owerri zone senate ticket with such winning mentality, capacity, political stamina, financial firepower, the nerve, the grit and ability to puncture the grip of the PDP in Owerri zone.

Imo APC leaders must note, that securing victory in Owerri zone, is central to the success of the party in the 2023/24 Imo governorship election. The zone remains the backbone to the re- election of Governor Hope Uzodimma.

And the path to follow in realizing this task is for the party to field “a winnable candidate with a winning mentality”, a candidate with a high level of acceptability across Owerri zone. That candidate is Alex Mbata.

Mbata has remained an unrepentant supporter of the Uzodimma administration, aiding the state government in provision of infrastructure, such as construction of roads.

None of the other aspirants jostling for Owerri zone APC Senatorial ticket has exhibited such open and undiluted support and loyalty to Governor Uzodimma.

Aside his philanthropic acts, which a good percentage of the vulnerable in Owerri zone has benefitted from, Mbata has also become a rallying point for emerging leaders of the zone within the APC, who are in dire need of political direction, reawakening and liberation from the political suffocation of the PDP.

The APC must consider these important factors in determining or choosing who emerges it’s flag-bearer for Owerri zone Senate.

The exceptional qualities of Prince Mbata and his Senatorial candidacy remains the only viable option for the party to dethrone the PDP from the Senate seat of Owerri zone.

This is the right path for the APC to follow in the zone.

“Imo APC leaders must note, that securing victory in Owerri zone, is central to the success of the party in the 2023/24 Imo governorship election. The zone remains the backbone to the re- election of Governor Hope Uzodimma”

innonews - October 25, 2021 0
A chieftain of the All Progressive Congress, APC, in Imo State, Hon Kizito Nwachukwu has said Governor Hope Uzodimma may lose some...

‘If You Could Fight Me, You Will Attack God’, Okorocha Tells...

‘Have Faith In God’,Imo SA On Religious Affairs Charges Christians