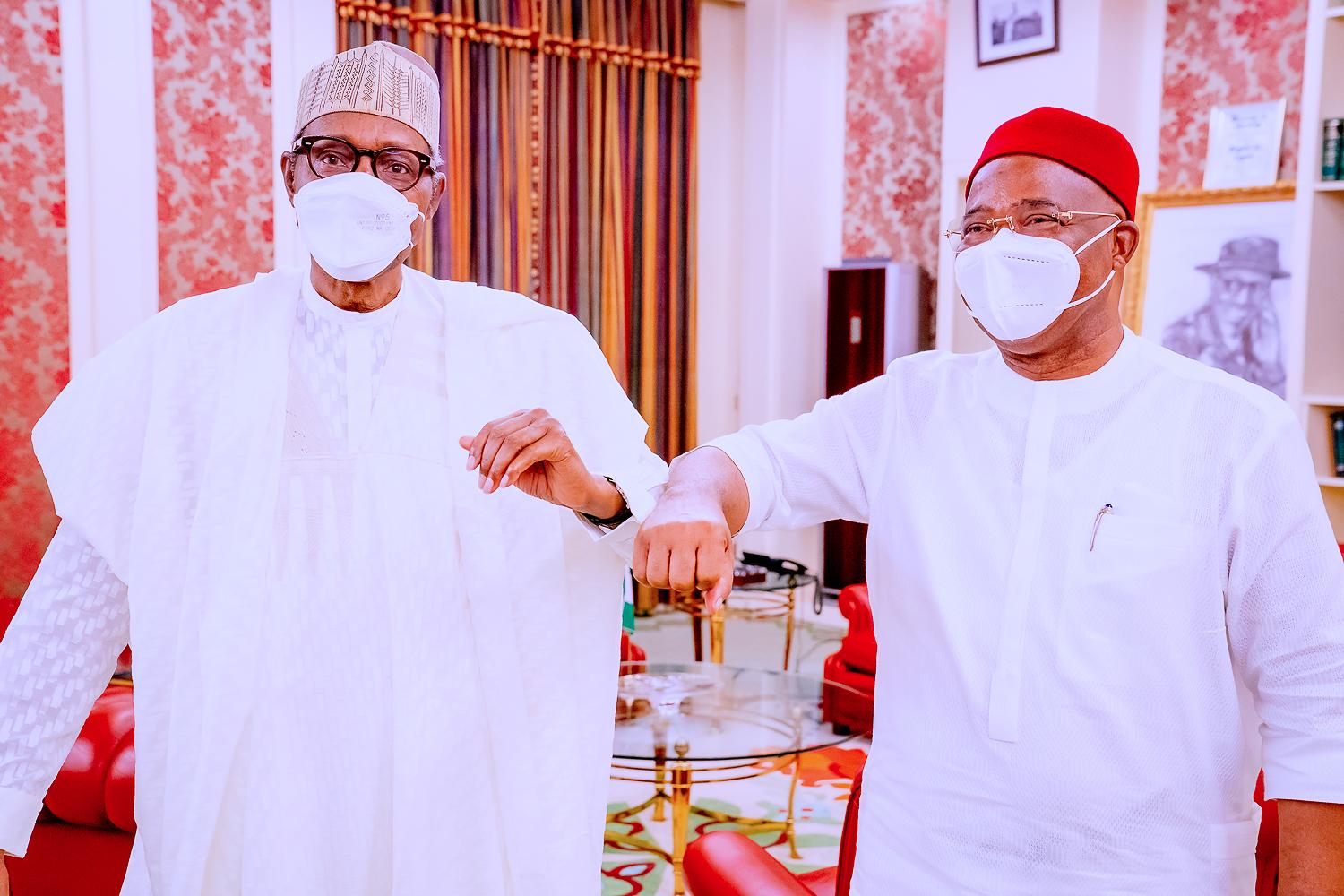 President Muhammadu Buhari has acceded to the request of Governor Hope Uzodimma of Imo State to commission the ongoing construction of Owerri-Orlu and Owerri-Okigwe roads upon completion next month.

President Buhari’s consent was got on Tuesday when Governor Uzodimma met him at the Presidential Villa during a courtesy visit where he briefed Mr. President on the progress so far recorded on the two ongoing legacy projects and other road construction works in the State.

“It is therefore worthy of note that the roads which are federal roads are currently being reconstructed by Imo State Government with dual carriage for the Owerri-Orlu road and expanded width for the Owerri-Okigwe road, as approved by Mr President.”

Governor Uzodimma noted that “Mr. President has graciously approved our request to commission the roads by next month as the contractors – Craneburg – a world class construction company handling the projects has assured that they would be ready by next month having achieved 90 percent construction already.”

Governor Uzodimma said though the roads are federal roads, his government embarked on them to “alleviate the suffering of the people and enable farmers evacuate their produce with ease,” noting that one day, the federal government would be moved to compensate the Imo State Government for embarking on the projects.

To further demonstrate his government’s determination to leave a legacy of enduring projects in Imo State, Governor Uzodimma said arrangements are in top gear for the flag off of the road linking Owerri/Egbu/Mbaise/Umuahia window.

The Governor hinted that he would be returning to Mr President next week to finalise talks on that very crucial project.

Governor Uzodimma has been receiving accolades from Imo citizens, including those in the opposition for his massive road construction projects and urban renewal initiatives that are not just enduring but have elevated the status of the State capital from pity to praise.

innonews - July 17, 2017 0
PRESS RELEASE#  Governor Rochas Okorocha has called on proprietors and managers of the Radio and Television Stations in the country operating under the aegis of...