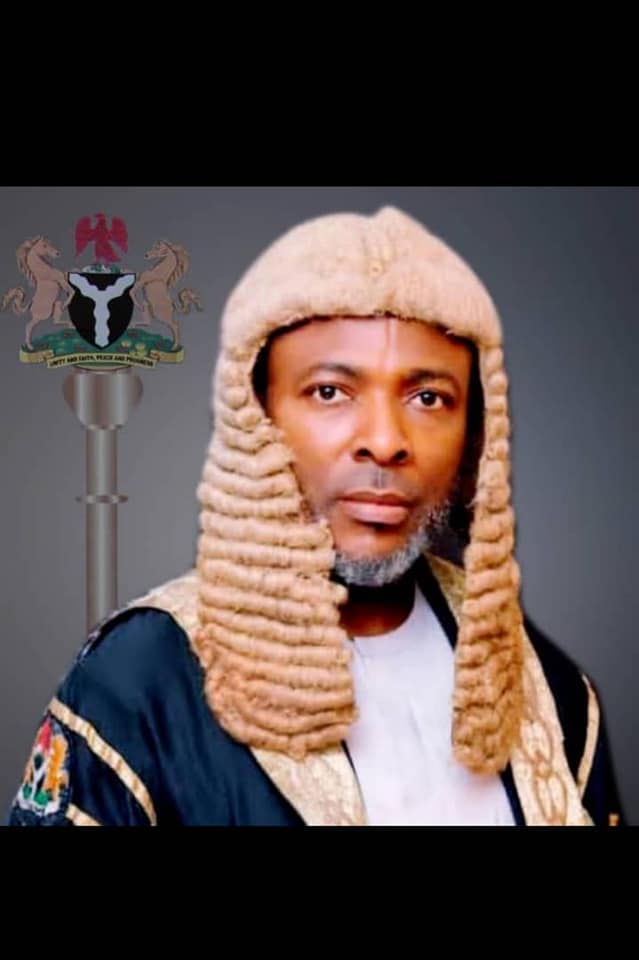 Okwara was suspended by the Speaker for dumping the All Progressives Congress, APC for the Peoples Democratic Party, PDP.

The Speaker said the resolution of the House to declare Okwara’s seat vacant was in compliance with section 109 of the 1999 Constitution as amended.

To buttress his point, he told a press conference, Thursday, that his declaration of Nkwerre State Constituency seat vacant is constitutional and not personal, stressing that the decision of the House is not his personal matter.

“It’s most disturbing and high level of unfairness. It’s ignorance that is occasioned by poor reading culture” he said

However, Speaker Ibe has continued to face sharp criticisms for the recent action of the House.

He was first elected to the Imo State House of Assembly to represent Obowo State Constituency on the platform of the All Progressives Congress, APC in 2015.

He decamped to the Action Alliance, AA, a platform he used to secure a second term in 2019.

He later jumped over to the Peoples Democratic Party, PDP when Hon Emeka Ihedioha emerged Governor of Imo State. He later returned to the APC, when Ihedioha was removed as Governor by the Supreme Court and replaced with Senator Hope Uzodimma of the APC.

Ibe emerged Speaker of the House of Assembly after Hon Paul Emeziem was impeached.

Okwara told newsmen that “The Speaker risks a jail term for declaring my seat vacant. The matter he dabbled into is sub-judice.There are five suits at the Federal High Court in Owerri challenging the defection of 17 out of the 27 Imo lawmakers from the PDP to the APC.

“We are lawmakers, we don’t interpret the laws. The courts do. He who goes to the equity must go with clean hands. The speaker should first declare his own seat vacant for defecting to three political parties in four political outings in three years.

He said the speaker, who himself defected to the PDP and the APC from the Action Alliance in 2019, was a party in the suit. He said it was sub judice for the Speaker to interfere in a matter that was already in court in which he was a co-defendant.

A public Affairs analyst based in Owerri, Mr Ifeanyi Maduako, said the Speaker and the House erred by declaring Hon. Okwara’s seat vacant.

He wrote on Facebook “Speaker Kennedy Ibeh cannot declare the Seat of another member vacant on the basis of defection to another party without the pronouncement of a Court of competent jurisdiction.

‘The Constitution of Nigeria clearly spelt out how a seat can be declared vacant. In any case, INEC would be restrained from conducting any by-election for the state constituency based on the prompting of the speaker.

“If that is allowed,it then means that the Speaker can wake up any day and declare 10 seats vacant because he doesn’t like the occupants or just because they criticized him. The speaker can only suspend a member but can’t declare a seat vacant based on his whims and caprices” he wrote.

‘Second Lockdown Will Reduce Spread Of Covid 19 In Imo’,Group Tells...

innonews - June 28, 2020 0
Following the revelation by the Imo State Task Force on Covid 19 on the increasing rate of confirmed coronavirus cases in...

innonews - October 15, 2018 0
The nation’s polytechnics may be shut down soon as the Academic Staff Union of Polytechnics (ASUP) have warned the Federal Government to order the...