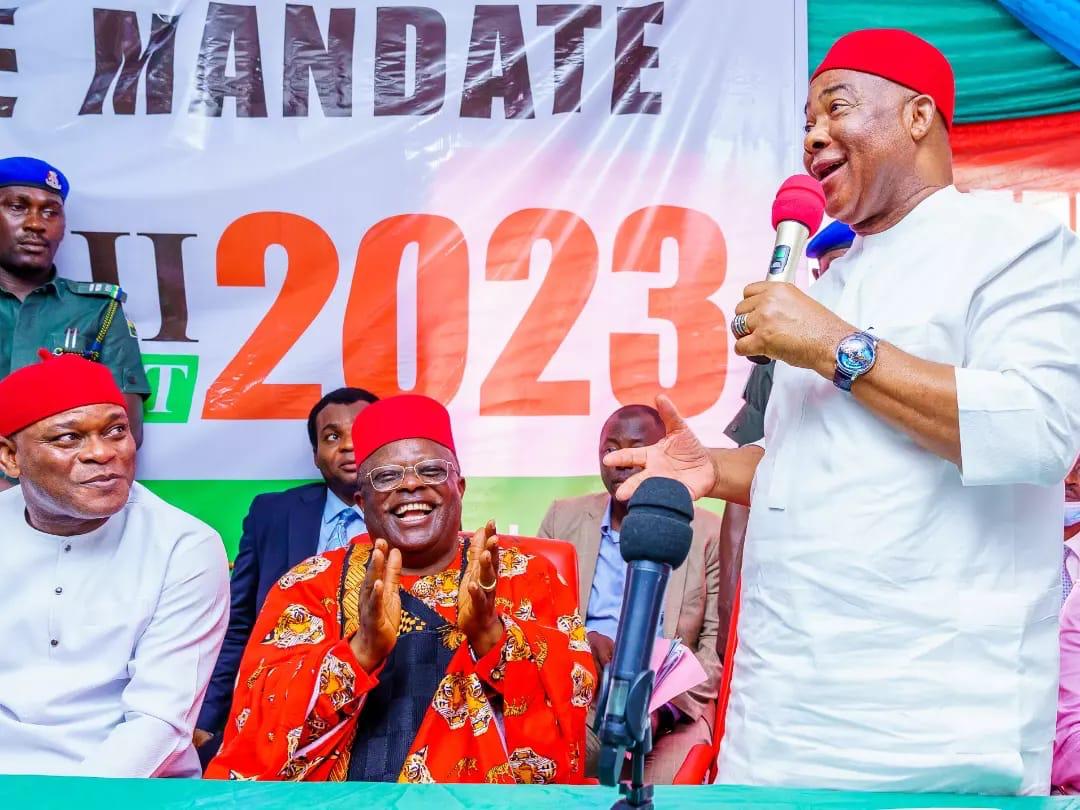 Governor Hope Uzodimma on Tuesday, received three presidential aspirants vying for the Presidential ticket of the All Progressives Congress, APC, in Owerri.

They were in the stats for separate consultations with delegates of the All Progressives Congress, APC, held at the State party Secretariat.

The Senate President was accompanied by Senate Chief Whip and former Governor of Abia State, Dr.Orji Uzor Kalu.
Delegates from Abia State were also in attendance.

The trio were in the State to seek the support of Imo delegates at the forthcoming National Convention to be held in Abuja.

In his speech, Vice President Osibanjo said the meeting with the delegates provided him further opportunity to discuss several issues of great concern to the South East people and the APC as a party.

In his remarks, Ebonyi State Governor, Dave Umahi said Nigeria needed a President that could provide development and security to Nigerians.

“Let me tell Nigerians that there is nothing to be afraid of in an Igbo man becoming President. We need to be wise and stand together.

“We need one Nigeria built on the platform of equity, fairness and justice; the Igbo man will do better under a united Nigeria. We want to be treated fairly” he said

innonews - July 29, 2021 0
BY RALPH EJIMKONYE With media reports of a fact finding Commitee said to have been set up by the...

PHOTONEWS:Federal Govt Delegation To 3rd Day Prayers For The Father Of...

innonews - April 11, 2018 0
President Muhammadu Buhari in London received the Archbishop of Canterbury,Justin Welby. According to reports, also in attendance at the meeting were George Oguntade, Nigeria’s High...