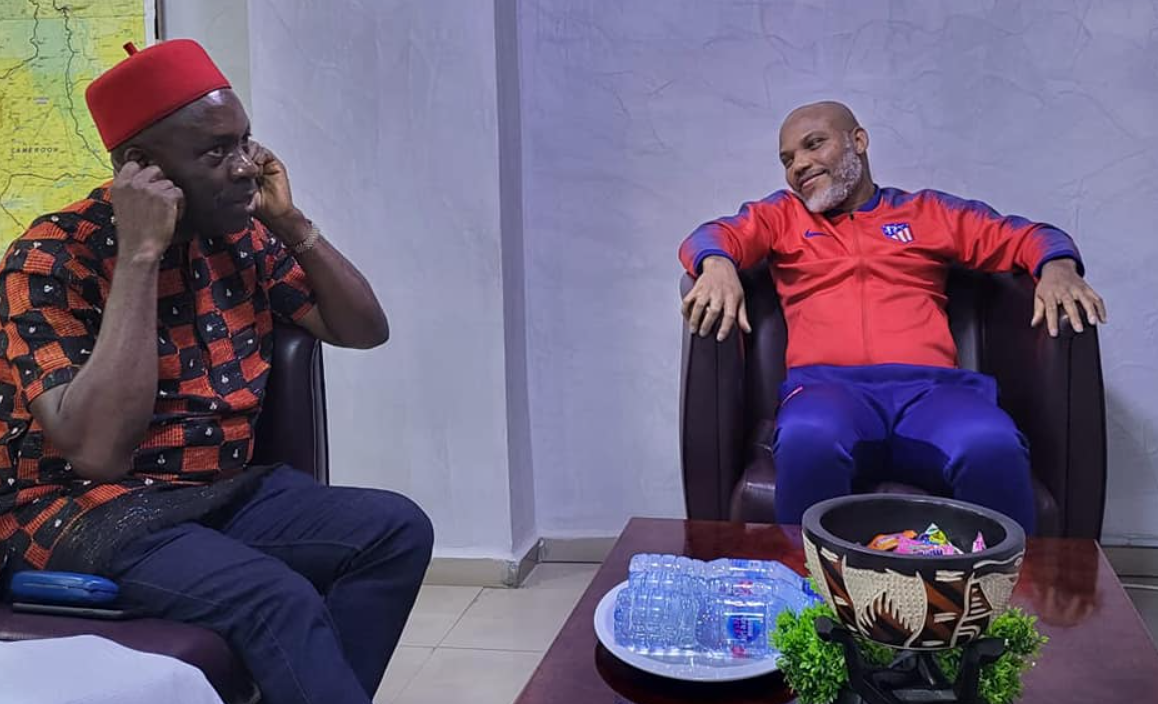 Anambra State Governor, Chukwuma Soludo, has released details of his meeting with leader of the Indigenous People of Biafra, IPOB, Mazi Nnamdi Kanu.

Soludo in a short statement after the meeting with the IPOB leader, said he visited Kanu “to felicitate with him and also as part of the wider consultations with critical stakeholders in search of lasting peace and security in the South East”

He said Kanu “was in high spirits”

The statement  reads “I visited Mazi Nnamdi Kanu yesterday (Friday, 13th May, 2022) to felicitate with him and also as part of the wider consultations with critical stakeholders in search of lasting peace and security in the South East.” the statement reads

“He was in very high spirits and we had quality and frank discussion in a very convivial atmosphere. He expressed sadness over what he described as “sacrilegious killings” of innocent persons, kidnappings and all forms of criminalities, including the brutal enforcement of the senseless “sit at home”perpetuated by sundry groups claiming to be acting for or on behalf of IPOB.  He assured that if the opportunity arises, he will be glad to personally broadcast to his followers to maintain the peace.

“Together, we shall restore peace, security and prosperity in Anambra and the Southeast. It is well indeed!

We Do Not Need A Political Mediocre Again. BY PROF PROTUS...

innonews - March 13, 2019 0
WE DO NOT NEED A POLITICAL MEDIOCRE AGAIN According to Plato in his metaphoric and poetic way of expressing...

innonews - May 28, 2021 0
BY RALPH EJIMKONYE An ICT expert,  Mr.Greg Obidike has stressed the need for Imo State government, to deploy more...

innonews - May 27, 2018 0
One of Super Eagles strikers, Moses Simon has been ruled out of the 2018 World Cup in Russia. Moses suffered an injury as Eagles prepare...