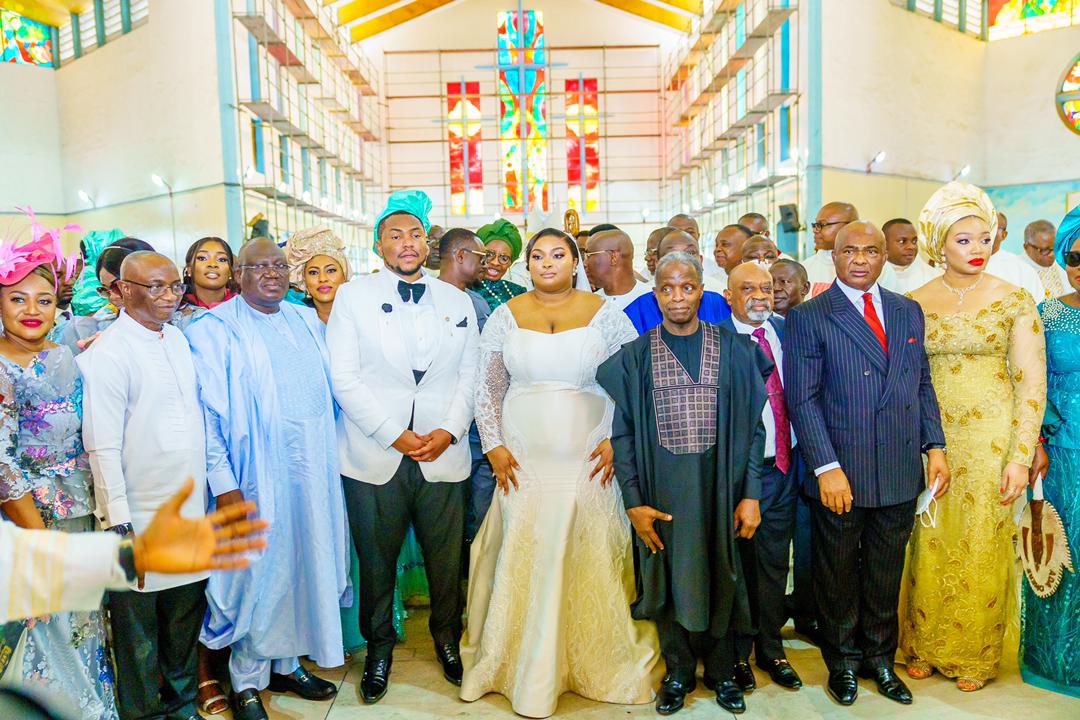 Eminent Nigerians including the Vice President, Prof Yemi Osibanjo who represented President Muhammadu Buhari, were in Owerri, Saturday, to witness the exchange of marital vows between Oprah Chioma Uzodimma, daughter of Gov Hope Uzodimma and her heartthrob, Henry Ohaeri.

The which wedding took place at the Maria Assumpta Catholic Cathedral, Owerri, was officiated by the Archbishop of Owerri Catholic Archdiocese, His Grace A. J. V. Obinna and witnessed by a mammoth crowd of dignitaries, associates, friends and well-wishers of the couple.

Ministers of the Federal Republic of Nigeria in attendance include Minister for Women Affairs, Mrs Paulin Tallen, Minister for Justice and Attorney General of the Federation, Abubakar Malami; the First Lady of Cross Rivers State, H.E Dr. Linda Ayade; the Honourable Minister of Labour and Employment, H.E Dr. Chris Ngige, among others.

We All Live In Fear. BY PROF PROTUS UZOMA

innonews - February 8, 2021 0
In the words of Edmund Burke, “No passion so effectually robs the mind of all its powers of acting and reasoning as...

Okorocha: Opposition In Imo Unappreciative Of My Programmes, Policies

innonews - September 2, 2018 0
Governor Rochas Okorocha of Imo State has said despite his free education programme and more than 1, 000 verifiable projects, the opposition in the...

Ebonyi Gets New Commissioner Of Police