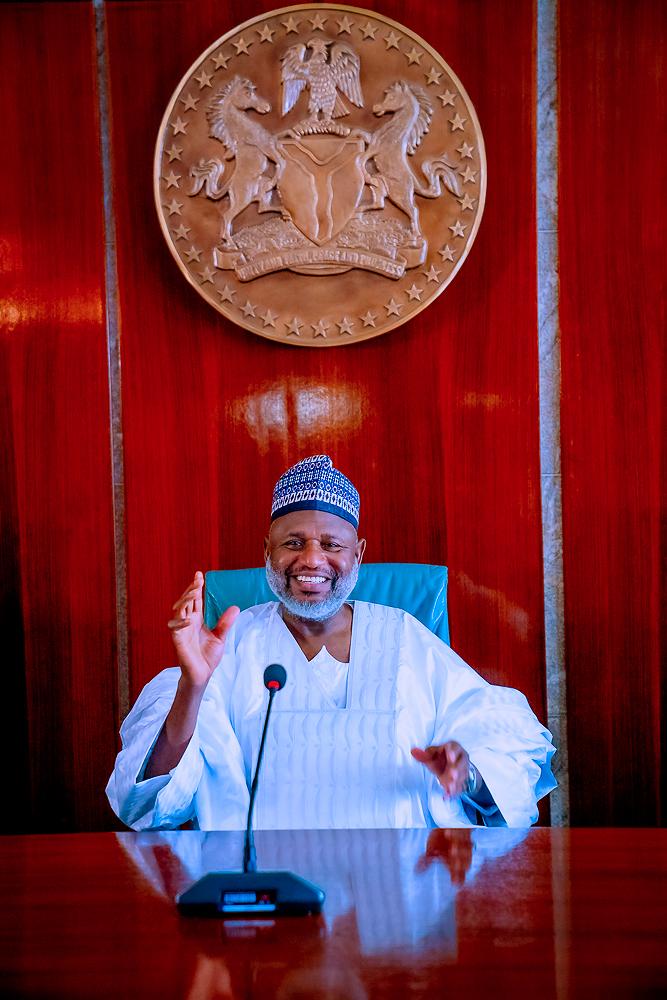 Former Zamfara State Governor, Senator Ahmed Yerima, has joined the presidential contest on the platform of the All Progressives Congress, APC.

Yerima who also met President Muhammadu Buhari at the Presidential Villa Abuja, on Friday, told State House Correspondents, that he intends to improve on the efforts of the Buhari administration if elected President.

On his plans to set things straight for Nigeria, Yerima said if elected, his administration would focus on three critical areas of need which include insecurity, poverty and ignorance.

Yerima, who rose into into national limelight when he introduced Sharia legal code in Zamfara State, said he was in the Villa to inform President Buhari of his intention to participate in the 2023 general elections.

“I’m here this afternoon to inform Mr. President of my intention to participate in the 2023 elections and to contest the office of the President of the Federal Republic of Nigeria. I’m going to, insha Allah, purchase my forms today and officially declare this afternoon.

Yerima had also on Friday declared his presidential ambition, at event attended by a large crowd of supporters.

innonews - November 28, 2017 0
The internet among other inventions of man is one of the useful and greatest inventions that have really impacted on the world at large....

innonews - September 27, 2018 0
The All Progressive Congress, APC, Thursday night released names of governorship aspirants it cleared to take part in the party’s governorship primaries across the...