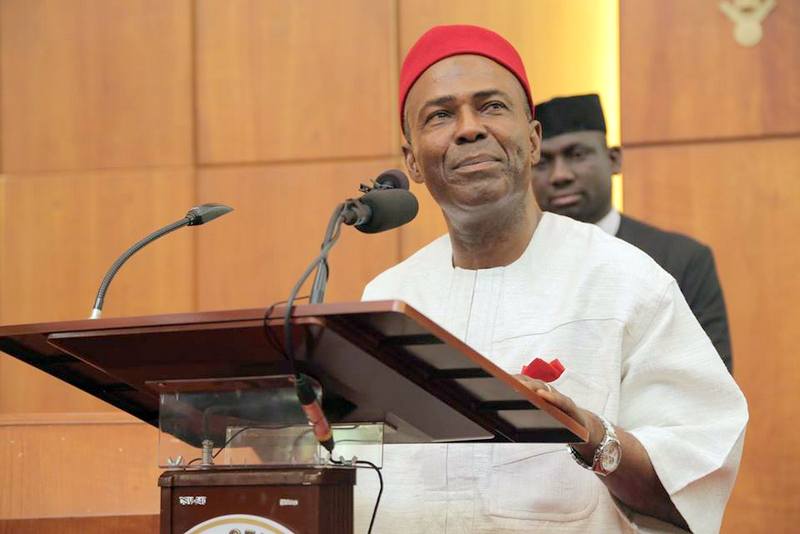 Minister of Science, Technology and Innovation, Dr. Ogbonnaya Onu, has said he wants to be Nigeria’s Chief Servant.

Onu, who announced his intention to become the presidential candidate of the All Progressives Congress, APC at the Nicon Luxury Hotel Abuja, called on his party members to make him its presidential flagbearer.

This is Onu’s second attempt to be President of Nigeria.

In 1999, the former Governor of old Abia State, emerged the Presidential flag-bearer of the All Nigeria Peoples Party, ANPP.

The ANPP later went into an alliance with the Alliance for Democracy (AD), which produced Chief Olu Falae as joint candidate of the ANPP/AD.

Onu’s entrance into the 2023 presidential race, makes him the fifth Minister in Buhari’s administration who has shown interest to be President.

Earlier, the Minister of Transportation, Rotimi Amaechi, Minister of Niger Delta Affairs, Godswill Akpabio, Minister of Labour and Employment, Chris Ngige, and Miniter of State for Education, Emeka Nwajuiba, had declared for president.

However, Onu brings the number of presidential aspirants in the APC to 17. Other key aspirants are Vice President Yemi Osibanjo and former Governor of Lagos State, Bola Tinubu.

The former National Chairman of the ANPP, assured that he will deploy his experience as a former governor and Minister of the Federal Repbulic of Nigerian to address the gap in Science and technology in Nigeria.

Why APGA Have 24 Governorship Aspirants In Imo

innonews - August 22, 2018 0
Basking on the euphoria of its successful aspirants/stakeholders meeting held in Owerri on Wednesday, the Imo State Chairman of the All Progressive Grand Alliance,...