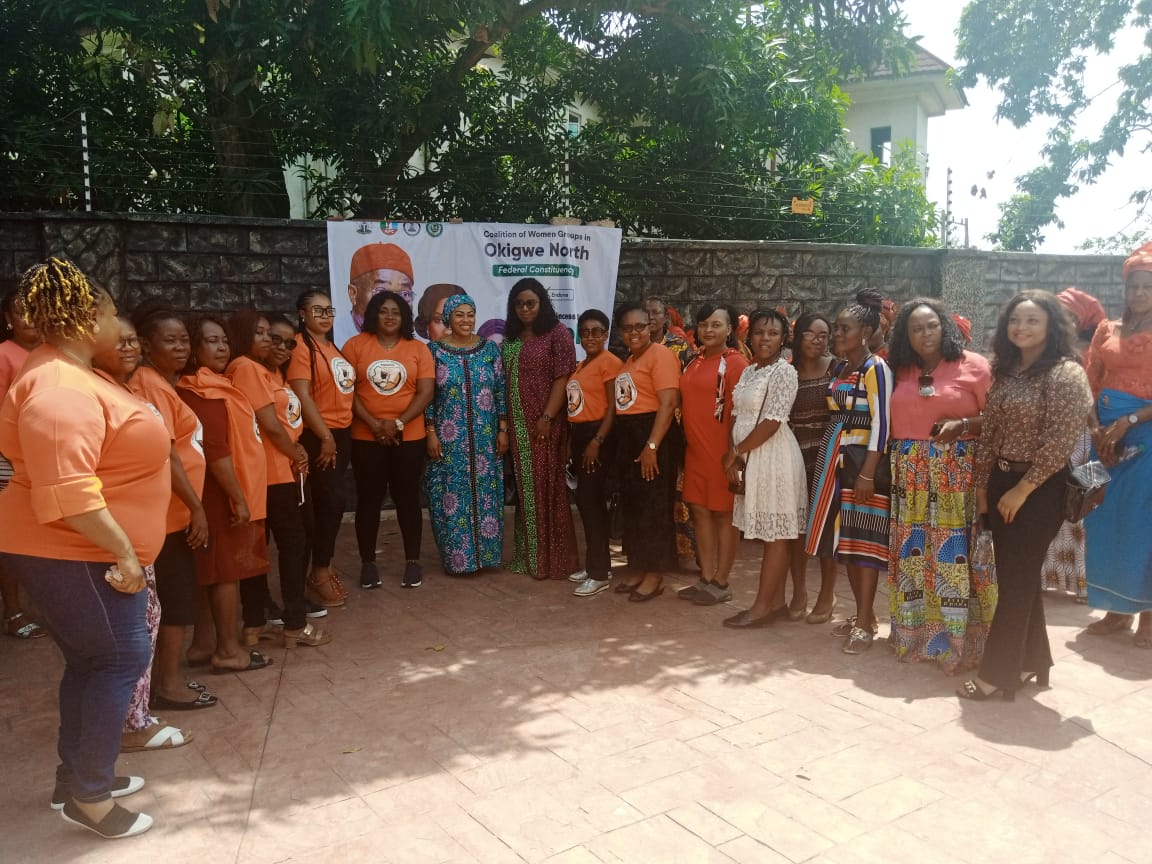 Imo Women from Okigwe North Federal Constituency under the aegis of coalition of women groups have rallied round their Federal House of Representatives lawmaker Princess Miriam Onuoha, endorsing her for another term in the green chamber.

The groups comprising of Nigeria Association of Women Journalists NAWOJ, Catholic women Organization CWO, Onwa Babes, National Council of Women Societies NCWS, United Women for Peace initiative, Market Women Association, Oganihu Women Parliament, Okigwe Women Assembly, Federation of Women Lawyers,FIDA, Association of women living with Disability, and Princess Onuoha Campaign Organization POCO, among others, unanimously passed vote of confidence on the Federal lawmaker whose character , achievements and antecedents in the Federal House of Representatives were deemed to be satisfactory and above reproach by the women.

The endorsement was given during the maiden edition of their forum in Owerri on Tuesday where a round table deliberation on ways to foster peace, unity and progress in Imo, ending the killings and violence, and strategizing on increasing women participation in politics among other things.

They acknowledged the numerous empowerment programmes and developmental projects she had equally attracted to the federal constituency which they insisted made her deserving of another term.

In her speech,the Chairman, Imo NAWOJ, Dr Mrs Dorothy Nnaji, extolled the achievements recorded by the federal lawmaker within her first outing in the green chamber and assured her that the full weight of the women journalists was behind her aspirations as she declared “there is no space in Okigwe North Federal Constituency for another candidate”.

The other women groups also pledged support for another term, urging that this time it should not be business as usual but as women had resolved to support women in politics, they must put words to action by leveraging on their greater population to vote massively for Princess Miriam Onuoha.

Addressing the women , Princess Onuoha, appreciated the forum which she said was largely aimed at praying for peace and fashioning ways of to foster peace and development, to mediate and stand in the gap for society as women and mothers to achieve through dialogue and prayers what guns and other weapons can never do.

She commended Governor Hope Uzodimma’s accomplishments particularly in road construction which has made life easier for Okigwe North and other areas of the state.

She appreciated Uzodimma for encouraging active participation of women in politics, especially for his support of her bid to go another term in Okigwe North federal constituency.

The Federal lawmaker enumerated some of her achievements within her first term, disclosing that the free adult literacy programme she organized in conjunction with IMSUBEB, having 15 centres in the 3 LGAs of Okigwe North federal constituency would commence soon under her initiative where courses like financial literacy, Civic education, self awareness, basic numbers and figures would be taught to those who lost or didn’t have the opportunity in their youth.

innonews - October 24, 2018 0
*By David Uka, Abakaliki* Top League Clubs in the South East and South-South region of the country are expected to participate in the 2018 edition...

innonews - April 1, 2020 0
Members of Imo State House of Assembly, have called on Governor Hope Uzodinma to appoint Interim Management Committees in the 27...

innonews - December 17, 2017 0
BY GRACE NNA# Since the Imo State Government banned the operations of Keke operators in the state capital, Owerri, residents of the city have...

innonews - May 4, 2022 0
NNEOMA AHUKANNA Imo Women from Okigwe North Federal Constituency under the aegis of coalition of women groups have rallied...