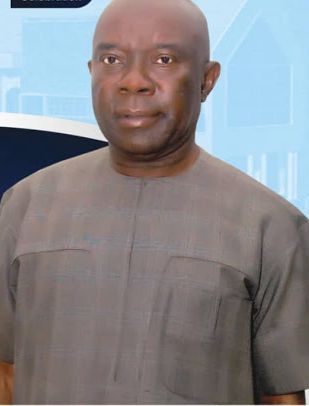 Chukwu who disclosed this while speaking to newsmen in Owerri on Wednesday, noted that since inception the Okigwe District has not produced Senator for the zone.

According to him, before Senator Athan Achonu was supported in 2015, he (Chukwu)alongside others led delegation to Okigwe district to plead with them to allow Achonu to go which the people obliged them.

Chukwu added that when it was the turn of Senator Benjamin Uwajumaogu, he also led delegation to the stakeholders and leaders of Okigwe District to support Uwajumogu, and did same with Senator Frank Ibezim.

The political leader maintained that he will not have the conscience to lead any candidate again from other blocs in the zone to plead with the people of Okigwe District to wait any further in 2023.

He therefore commended the Okigwe Elders Forum led by HRH Eze Oliver Ohanaweh; traditional institution, clerics, and leaders of Okigwe zone led by Prof Maurice Iwu for coming out to zone the Senate seat to Okigwe District and other zonings too.

While commending them for taken such bold step, Chukwu said with the decision, the people of the area will have sense of belonging and see people from other blocs as brothers and sisters.

Chukwu noted that Okigwe district has not tasted the position.

He therefore urged some people from Mbano district and other areas contesting the position in 2023 to please allow Okigwe District have it for peace to reign.

He disclosed that they will give necessary support to candidate from Okigwe District to emerge as Senator. It would be recalled that leaders and stakeholders of Okigwe zone under Okigwe Elders Forum met on Monday in Owerri and zoned various elective positions to areas for equity sake.

innonews - June 28, 2017 0
Nigerians have been alerted of another deadly cyber attack called “ Petya ransomware” The attack is also known as “ Golden Eye” which is similar...

Synthesizing The Minority Judgment Of The Supreme Court In The Ondo...

innonews - August 15, 2018 0
Chelsea and Super Eagles defender, Kenneth Omeruo is in Madrid ahead of a move to Leganes. Omeruo has concluded medicals and the club will unveil...

innonews - May 16, 2017 0
The senate has summoned Minister of Transportation, Rotimi Amaechi, to appear before it and explain why the eastern corridor of Nigeria’s rail lines was...