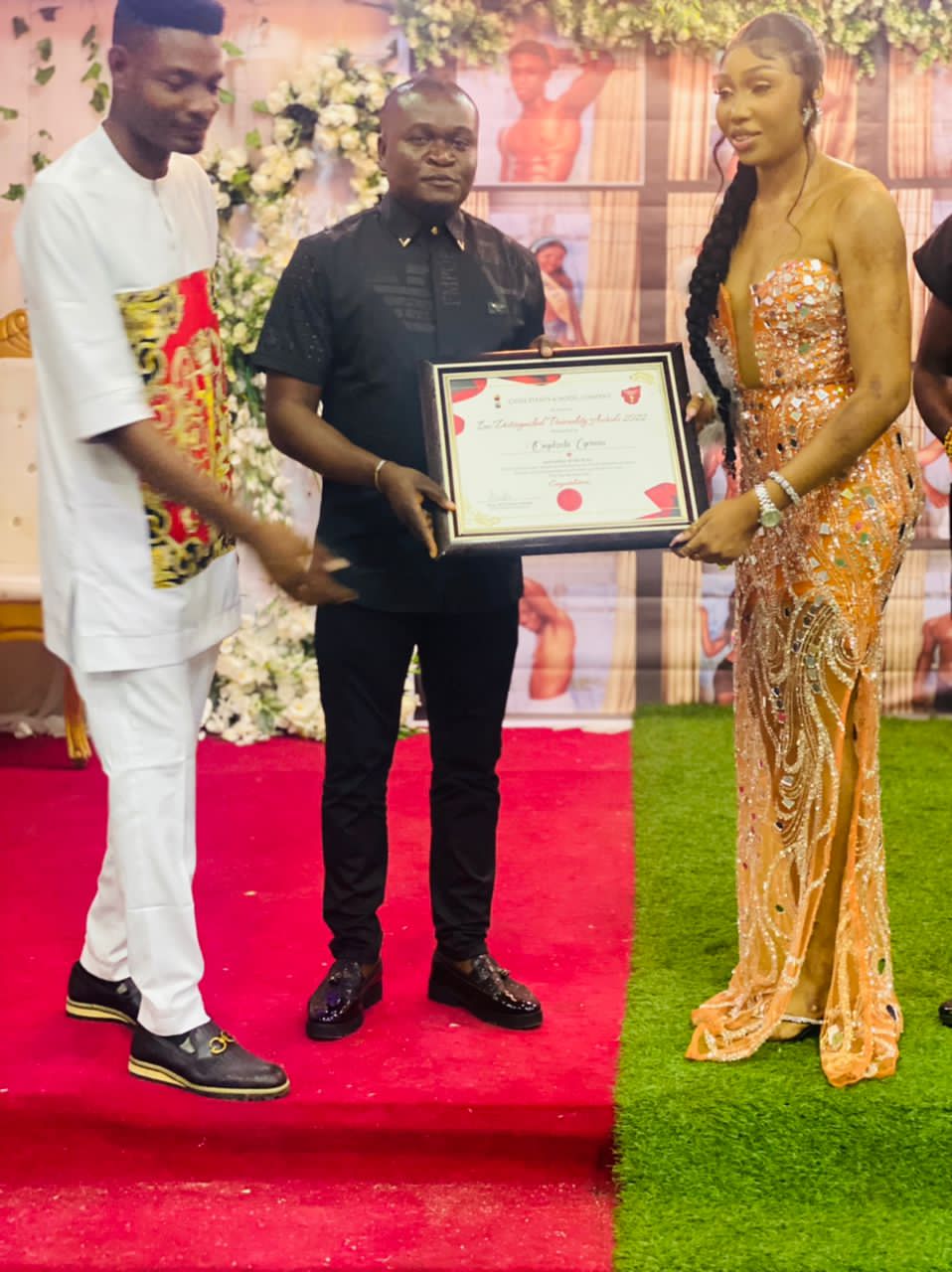 Perseverance and diligence to Journalism profession has continued to attract goodwill for Mr. Onyekachi Eze, as he has added another award to his archives.

After he recently bagged recognition from the Church, comes yet another one from an International modeling brand.

Eze was on Saturday, June 4, 2022 at the Gojane Event Center Owerri, Imo State bestowed with an award of the “Journalist Of The Year”, by Chris Events and Model Company.

This was during the occasion of the 12th edition of Mr & Miss Imo Queen Beauty Pageant, where Imo distinguished personalities were honored for their exceptional services to humanity.

Handing over the award to Onyekachi Eze, the CEO/Project Director, Hon Chris Ikoku Amakor disclosed that the company painstakingly selected personalities who have distinguished themselves in their respective fields.

Ikoku opined that among all the Journalists in Imo State, Onyekachi Eze had contributed immensely to the development of the youths, tourism and entertainment in Imo State and Nigeria at large.

He charged him and the other award recipients to sustain the tempo.

In appreciation, Kachi Eze lauded the company for finding him worthy of recognition.

He dedicated the award to his immediate family, Management and Staff of Trumpeta Newspapers in Imo State, and to all who in one way or the other have contributed to his success story so far.

However, the Oru East born media professional assured to always maintain the Journalism ethics in the discharge of his duties.

innonews - March 23, 2020 0
Governor Hope Uzodinma of Imo State has sworn in his Commissioners and inaugurated 89 aides who will function as Special...

innonews - March 28, 2018 0
“I am delighted to once again welcome you to this National Executive Committee Meeting of our great party. As we usually do, I hope...

innonews - October 10, 2019 0
The All Progressives Congress, APC, women leaders from the five states of the South East geo-political zone, on Wednesday, in Owerri, the...