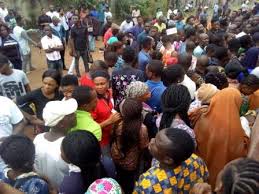 It’s eight months to the 2023 National Assembly elections and there are emerging political patterns which may influence the outcome of the polls in the South East, particularly in Imo State.

A survey conducted by INNONEWS, shows there is huge tilt by voters (those with PVCs) to candidates, rather than political parties at the forthcoming elections.

This latest dimension is as strong as a tidal wave and had gained momentum after the two leading political parties, the All Progressives Congress, APC and the Peoples Democratic Party, PDP, failed to concede it’s presidential tickets to aspirants from the South East.

This was seen as a gang up against the South East, which has consistently yearned for a Nigerian President of South East extraction.

The emergence of Peter Obi, a former Anambra State Governor, as Presidential candidate of the Labour party, had ignited renewed determination by voters to change the narrative.

This led to the influx of some politicians into Obi’s Labour Party, particularly those who lost primaries in the PDP and the APC, with the intention of using Obi’s popularity to actualize their political ambitions.

Analysts observed that majority of those who flocked into the Labour party in Imo State, are anticipating “bandwagon voting” – a situation where voters, in a bid to deliver Obi, would equally vote for those on his Labour party platform.

Greg Iwu, an Owerri based political analyst and a Peter Obi supporter, said majority of politicians who joined Obi’s Labour party cannot explain the ideals of the party, but choose to gate- crash into the party for political survival.

He said “ 90% of current holders of LP tickets in the South East don’t know what the LP is all about or what it stands for.These political opportunists are looking for any available easy train that would take them to political offices. The ‘Obidients’ frenzy is not for them

Majority of  eligible voters who spoke to this newspaper in Owerri, argue that though they will vote for Peter Obi during the presidential elections, but those on the Labour party platform with him “will be scrutinized to assess if they posses the same qualities with the former Anambra State Governor”

Augustine Ifemadu, a trader at Ekeonunwa market, Owerri said  “It is not Labour party. Its about Peter Obi. We will vote for anyone who posses the qualities Obi has, irrespective of the political party the candidate belongs to.

This newspaper further observed that the surge for PVCs, across the country and in the South East, may have been driven by the “Obidients factor, but fueled by the renewed passion by voters to vote for credible candidates who have good antecedents.

Sam Onyegbule, a businessman at Amakohia, Owerri, said he has a line up of candidates he will vote for at the polls, from the presidency to the State House of Assembly.

“I have prepared a list of candidates I will vote for in the 2023 elections. They are in APGA, APC and Labour party. And I will instruct members of my family to do the same” he said.

Mr Ernest Okoro, a vulcanizer at Old Nekede Road, said majority of eligible voters in the state have “reset” their mindset on the next elections.

“Voters have reset their mindset and set their eyes on the calibre of candidates who are jostling for elective offices and not on the political parties.

“The value or attention placed on political parties has reduced. It has now shifted to the candidates. Any candidate who can connect or has connected with the populace, who has no skeletons in his or her cupboard, would get the votes irrespective of political party affiliation” he said.

innonews - July 24, 2020 0
Governorship candidate of the Action Alliance, AA in the 2019 governorship election, Ugwumba Uche Nwosu, has said he never approached the Supreme...

Uche Nwosu: I Never Said Owerri Zone Is Only Good For...

innonews - July 9, 2018 0
Chief of Staff, Government House, Chief Uche Nwosu has denied reports in the social media that he said Owerrri zone is not good enough...

innonews - December 7, 2021 0
Former Governor of Imo State, Hon Emeka Ihedioha, has been advised to shun any alliance with the camp of former governor of...

innonews - May 24, 2018 0
Members of the All Progressives Grand Alliance (APGA) in Imo State have been enjoined to embrace Godly practices and never allow anyone lure them...

innonews - November 26, 2019 0
A security Trust Fund will be launched by the Imo State government as part of measures adopted by the Governor Emeka...