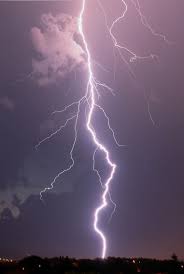 Newspaper reports stated that the victim, one Chiamaka Obodo, was making a phone call in her parents house when lightening struck and she died instantly in Obilubi Obazu Mbieri, in Mbaitoli LGA of Imo State.

This led to pandemonium in the community forcing residents to troop to the scene of the incident.

A family source said the body of the deceased has been deposited in the mortuary.

According to the source, the Late Chiamaka was addicted to her phone, and would be laid to rest on June 17, 2022.

“Lightening was like an electric spark and a heavy thunderstorm which shook the entire community and by the time we know it, people have been screaming in front of the deceased house after discovering that she has been struck by the lightening” said the source.

innonews - December 3, 2017 0
Some key leaders of the All Progressive Congress, APC in Abuja and at the zonal level are worried over the ongoing battle for the...

innonews - October 12, 2020 0
The 27 LGA Chairmen are on interim capacity BY RALPH EJIMKONYE There are feelers that Chairmen...

innonews - June 25, 2020 0
President Muhammadu Buhari and State Governors elected on the platform of the All Progressive Congress, APC now hold the ace in the...