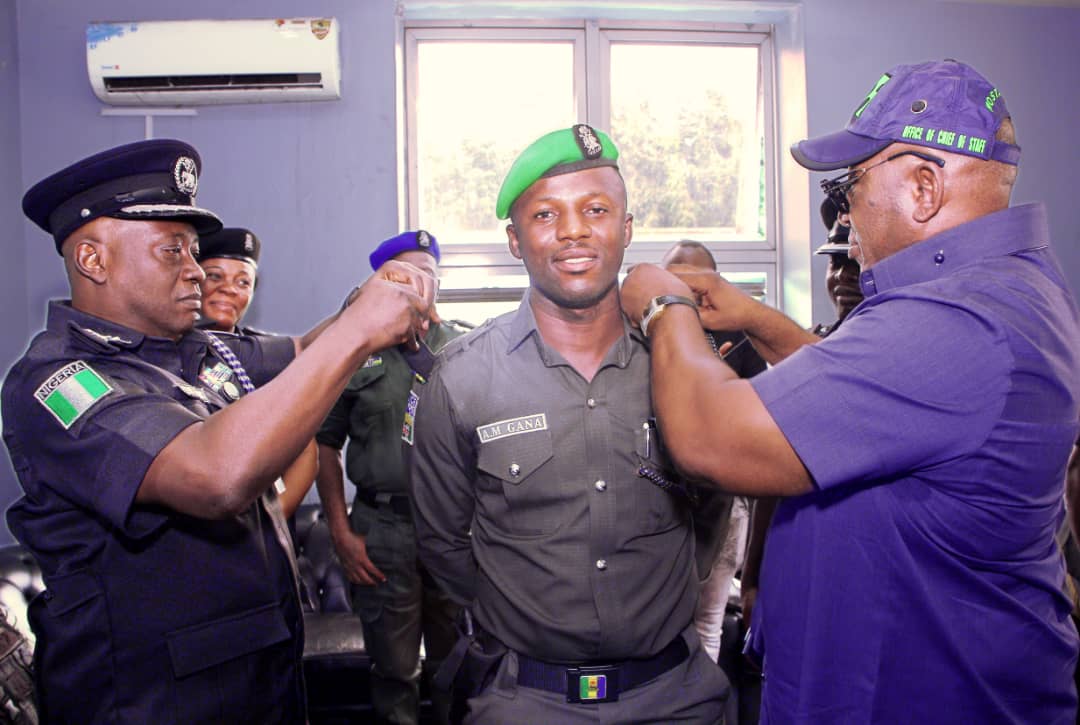 Imo State Governor, Senator Hope Uzodimma has charged newly promoted police officers working in Imo State Government House, to wear their new ranks with honour and dignity, as doing so, is the first step towards earning more promotions in the future.

The three officers decorated with the rank of DSP are – Ahmed Gana, Abdulmalik Mohammed and Mohammed Suleiman  while Ibrahim Abudala was confirmed ASP at the Imo State Government house Pentagon, Owerri, Imo State.

The Governor who was represented at the ceremony by his Chief of Staff, Barr. Nnamdi Anyaehie, acknowledged the efforts of the security agencies in the maintenance of peace and protection of lives and property in the State in particular and country at large and commended them for their unrelenting efforts despite all odds.

Anyaehie, on behalf of the people and government of Imo State, thanked the Police Service Commission (PSC) and the Inspector General of Police (IGP) for finding the officers worthy of promotion to their new ranks.

Emphasising that discipline is paramount in the Police Force, he urged the officers at all levels to avoid any behaviour that will tarnish the high reputation and image of the profession built overtime.

The Deputy Chief of Staff to the Governor,  Barr. Emeka Agbo and the Chief Principal Security Officer (CPSO) to the Imo State Government House,  Superintendent of Police (SP) Shaba Adamu also joined Anyaehie at the ceremony.

innonews - October 11, 2020 0
The next President of Ohaneze is expected to emerge from Imo State BY PRINCE MAC DONALD ENWERE

innonews - July 6, 2018 0
As an authority in the media industry, it is expedient to write this noble piece, considering the ugly trend which has infiltrated into the...