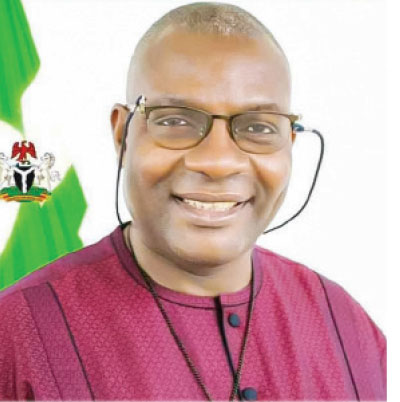 Armed with the progress made so far, Minister of State for Education, Rt Hon Goodluck Nanah Opiah, has reassured that the federal government is committed to ending the strike action of the Academic Staff Union of the Nigerian Universities, ASUU.

The minister who had earlier given a hint of this development said that given the charge of President Muhamadu Buhari concerning ending the industrial dispute, all relevant stakeholders involved in the resolution have moved into action and working towards achieving a positive result.

Opiah made the disclosure during a meeting with Women in Politics, WIP who visited his office to discuss the strike challenges in tertiary instructions in the country and other matters connected to national politics.

The minister told the WIP led by its Matron, Chief Mrs Folashade Tinubu-Ojo, (Iyaloja General of Nigeria) with Hajia Mariah Danjuma, the DG, that the directive of the president on ending the strike action is being carried out and in no distant time, the dispute shall be resolved.

Lending support to the activities of the WIP, the Minister said that the ministry is collaborating with genuine efforts of groups and non governmental organizations in the development of the education sector adding that the visit will spur his ministry to do more for the system.

The minister however used the opportunity to inform the group that the APC administration means well for the people hence his desire to support the WIP and call on other well meaning groups to join forces at ensuring that the party’s Tinubu/ Shettima ticket becomes the best option for the country come next general elections.

The Women in Politics group earlier during opening speeches hinted that they came to commend the minister on his efforts at ensuring students return to their various campuses within the shortest possible time, nothing that “it’s imperative as mothers , aunties and sisters to also request that effort is redoubled in making academic related strike actions a past in Nigeria as education remains the bedrock for development in any economy”

Explaining on the mission of the group, the matron who appreciated the minister for granting them audience within a short notice said that the WIP is a women-based organization/support organisation involved in advocacy for women participation in politics with view to bringing to the fore ideas that would propel the Tinubu/Shettima presidential project to success.

Further to the WIP agenda is the identification of avenues of collaboration and synergy with regards to the actualisation of a BATified administration.

Also part of the entourage was the WIP Secretary, Fatima Abubakar. Others include the PRO and state coordinators of Akwa Ibom and Benue States.

innonews - February 16, 2020 0
By JANE UKONU Members of the Peoples Democratic Party PDP in Imo State, who have turned prayer warriors in...

innonews - December 20, 2019 0
Arsenal have appointed their former captain Mikel Arteta as head coach on a three-and-a-half-year deal. The 37-year-old won the...

Atiku On His Way To PDP, Says Ex Lawmaker

innonews - September 24, 2017 0
Former Vice President, Atiku Abubakar is on his way to the Peoples Democratic Party, PDP. Atiku is a chieftain of the All Progressive Congress, APC. This...